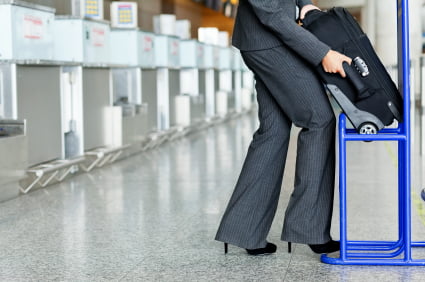 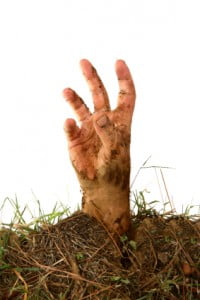 Beware of calls from “zombie” debt collectors. These are bill collectors that try to get people to pay money on debts that were allegedly incurred 10, 15 or even 20 years ago.

I received such a call today from a Christian Gable of National Action Financial Services (Phone: 866-529-1885). They claimed I owed money on a department store credit card opened in 1988. They said the bill was last paid in 1989. I told them I definitely did NOT owe money on the account — and that even if I did, the statute of limitations has long since expired.

Can you believe they had the audacity to call and claim I owed money on a credit card from 20 YEARS AGO?!? Needless to say, I was not going to stand for this. At first, two different reps from this debt collection company literally hung up the phone on me when I told them I was a financial expert and knew my rights under the law, and that they should not be trying to scare people into paying alleged old debts.

Finally, (after I called back a third time), I told a “Mr. Johnson” at the company that if they didn’t take my name off their list, or if they called me ever again, I would be reporting them to the authorities. His reply: “I understand …. We’ve already removed your name.”

Under federal law, any bill collector who sues you or even threatens to sue you after the statute of limitations has expired on a debt is in violation of the Fair Debt Collection Practices Act.

Here’s the lesson: don’t be bullied into paying old bills from zombie debt collectors who come back from the grave, trying to intimidate or scare you into paying debts you may not have even had — and certainly don’t have any legal obligation to pay if the statute of limitations has run. Each state has different statutes of limitations for past-due debts, depending on if the debt was based on a written contract, an oral contract, a promissory note, or an open account.

Tell me  your Zombie horror stories.