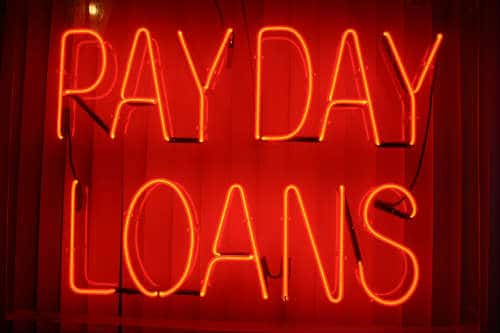 The Dangers of Getting Payday Loans

For a single loan, payday lenders routinely charge interest rates of about 400% on an annualized basis.

That’s a ridiculously high price to pay for “credit.” So why would someone willingly go to a payday lender when they’re short on cash, when they could just use a credit card to pay for something, or even take a cash advance from a credit card?

There are numerous causes, not the least of which is a lack of basic banking services in many communities where payday lenders thrive.

Also, many payday loan clients had previous credit problems, or couldn’t qualify for a regular credit card. But there is another, more basic issue at play too: Many of these consumers out of the credit mainstream either do not want to or do not have the financial skills to play by the credit card industry’s rules.

Needless to say, one of the obvious rules is: you must repay what you owe – or at least repay a minimum payment – by your due date. But guess what?

The payday lenders actually don’t have that rule, at least not as a hard and fast requirement. They’ll let you slide by allowing you to “roll over” your payday loan.

This way, you can put off paying back what you initially owed. Can you guess why they have such “flexible” rules? If you think they’re doing it out of the kindness of their hearts, think again. It’s because “roll over” loans impose hefty fees, making them enormously profitable for payday lenders.

The average payday loan customer that uses “roll overs” winds up paying over 1,000% in interest, according to a study by Georgetown University researchers. Unfortunately, the average person who gets a payday loan typically rolls them over, getting an average of 1 payday loan per month, or 12 in a year. So if you ask me: a payday loan is one super-expensive form of “credit” you should never accept.

Payday Lenders Get Creative To Evade The Law

These are still essentially payday loans. But the loans are merely stretched out over longer periods of time, in order to help payday lenders bypass various state regulations governing short-term loans. For example, in December 2005, the state of Illinois adopted the Payday Loan Reform Act (PRLA), a law that regulates loans of 120 days or less.

So what did payday lenders do after that law was passed? To get around a host of loan restrictions and consumer protections offered by the PRLA, many Illinois payday lenders began offering look-alike “installment” loans of 121 days or more. Needless to say, the net effect of these so-called “installment” loans is the same as with traditional payday loans: the consumer ends up in an expensive, long term cycle of debt.

In fact, according to the Woodstock Institute, which conducted a comprehensive analysis of two of the largest payday lenders in Illinois, these high-cost installment loans are even more expensive to consumers than traditional payday loans.