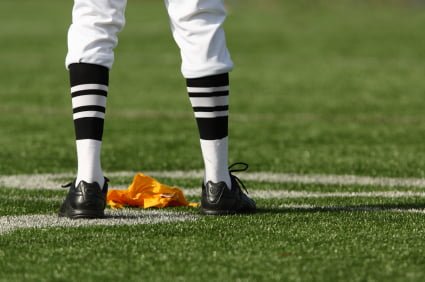 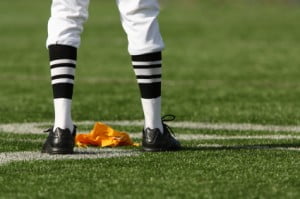 Former Heisman Trophy winner Ty Detmer has lost most of his life savings after falling victim to an investment advisor who authorities say targeted ex athletes and scammed hundreds of investors nationwide out of $50 million.

The investor advisor, Kurt Barton, is the former CEO of of Triton Financial. Barton is now on trial in federal court accused of running an elaborate Ponzi sheme.

According to the Austin American-Statesman, Detmer was the first witness called Monday. He was near tears as he testified about losing roughly $2 million since investing with Triton in 2005.

“You lose money, that’s one thing,” Detmer said while on the witness stand. “But I feel like all I’ve ever tried to do was just do the right thing.”

Detmer isn’t the only football player who lost money with Triton. Other athletes who prosecutors say invested with or promoted Triton were Heisman winners Earl Campbell and Chris Weinke, along with former NFL quarterback Jeff Blake.

Barton has denied allegations of wrongdoing and his attorney, Rip Collins, suggested in opening statements that Barton was actually trying to operate a legitimate business but was hurt by the Great Recession and the downturn in the economy.

But prosecutors aren’t buying that.

They say Barton courted NFL players then lived the high life with their money.

According to authorities, Barton took money that investors thought was for real estate deals and used those funds to finance his extravagant lifestyle — which included dishing out gobs of money for a $150,000 car, a luxury box at University of Texas football games, and family trips on private jets.

For his part, Detmer testified that he gave Barton control over most of his savings, and even took a penalty for cashing out a $1.2 million annuity because Barton assured Detmer him he could quickly earn it back.

“I trusted him with everything,” Detmer said.
Unfortunately, Detmer’s trust was misplaced. Losing all that money has forced Detmer, who now coaches football at a private school in Austin, to sell his home and cash out the college savings plans he had for his two youngest daughters.

Some people may wonder why Detmer had such confidence in Barton. One reason may be found in how the two men became acquainted in the first place. Detmer testified that he met Barton through his church and became good friends with him.

Sadly, this case is a reminder to people everywhere that financial scammers like to target the wealthy and the poor alike. In this instance, it turns out a well-heeled, high profile person simply trying to do the right thing — invest — was allegedly targeted.

It’s such a shame because the relationship between Detmer and Barton was initially forged via their religious ties, giving this alleged scam the tell-tale signs of affinity fraud.

However this case turns out, let the story of ex-football star Ty Detmer serve as a cautious tale to everyone to be careful who you entrust with your money.