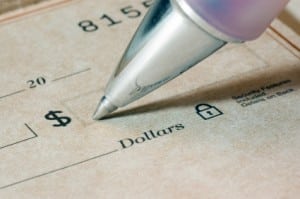 Owe Taxes? IRS Makes It Easier and Less Costly to Pay Over Time

If you owe federal income taxes, you can breathe a sigh of relief because a newly updated “Fresh Start” program from the IRS has just made it a lot easier – and a lot less expensive – to pay your tax bill.

In the past, people who owed up to $25,000 could enter into an installment agreement with the IRS and pay their taxes over a period of 60 months, or five years.

But the IRS wanted more people to be able to take advantage of the streamlined installment agreement process, which can be done online, without ever talking to the IRS.

So effective March 7, 2012, the IRS has doubled the amount under which taxpayers can work out a payment plan, meaning those who owe as much as $50,000 can now qualify for an installment agreement. Plus, the IRS is stretching out the repayment period to 72 months, or six years.

And that’s not all. The IRS is also waiving failure-to-pay penalties for six months for people who can’t pay their taxes by this year’s tax filing deadline, which is April 17, 2012.

Even if you get an extension to file your taxes, that doesn’t rid you of the obligation to pay any taxes owed by the April Tax Day. And a failure to pay taxes on time usually creates a penalty of half of 1% each month, up to a cap of 25%. That’s a big penalty.

However, as part of the “Fresh Start” initiative, the IRS is now waiving that failure to pay penalty, and giving certain people a six-month grace period to pay their tax bill.

Who qualifies for this grace period?

The IRS says that this penalty relief is subject to income limits. That income cap is $200,000 for married taxpayers filing a joint return, and $100,000 for people filing as single or head of household.

So here’s the bottom line: If you can’t pay your taxes by April 17, 2012 and you meet the criteria mentioned above, simply fill out Form 1127A to request the 2011 penalty relief.

Doing so will help you avoid a failure-to-pay penalty until Oct. 15, 2012, giving you an extra six months to come up with the money to pay any taxes owed.

At that point, if you still haven’t paid all that you owe, you can enter into an installment agreement. But at least you will have avoided the IRS penalty for six months.