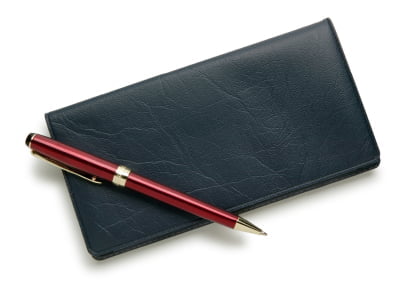 5 Tips to Establish Financial Boundaries with Relatives and Friends 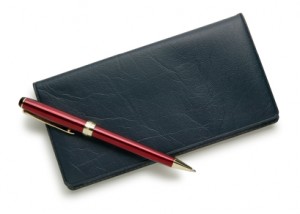 If you have a generous heart and at least a little bit of money in the bank, you may find yourself constantly being asked for cash or loans from family members and friends.

All of us go through personal or financial challenges in our lives. But when you start feeling like a piggybank for those closest to you, it’s time to establish healthy financial boundaries with relatives and other loved ones.

Here are five tips to establish clear financial boundaries with others, and help you break the cycle of serving as the family ATM machine.

It’s one thing to help a relative or friend out of a single jam – or perhaps to come to their rescue more than once if they’re going through a particularly rough patch like unemployment.

But if you’re constantly being asked for money or loans – month after month – or if you receive numerous requests for financial assistance, you’re likely caught up in an unhealthy financial relationship.

Sometimes, you may even be simply getting taken advantage of because people have come to rely on you as the “dependable” place where they can turn.

If the latter scenario rings a bell, make a list of those people who often come to you for money frequently or who have recurring requests for financial aid.

2. Deal honestly with your emotions

Once you identify who frequently asks you for money, take a moment to think about how those requests make you feel. Perhaps being asked for cash all the time makes you frustrated, guilty or mad. Or maybe you’ve spent so much time simply feeling sorry for the person in need that you’ve neglected to get in touch with your own emotions about the situation.

Regardless of what’s happened in the past, it’s time to take a stand and set some limits for the present and the future. You do this by first addressing your own emotions – honestly addressing them, whether they’re positive or negative.

Yes, you read that right: You may actually have some positive feelings associated with being asked to help out friends and family.

Are you the type of person who enjoys being able to play the financial hero and come to someone’s rescue?

Do you pride yourself on being so generous that you practically give others the shirt off your back or are willing to part with your very last dollar?

Or maybe you secretly get an ego boost out of knowing that you’re the one in your family circle who’s at least stable enough that people come to you for help.

But what about the more likely scenario: that being constantly petitioned for money creates negative emotions?

Most of us don’t want to acknowledge negative emotions because they make us uncomfortable. But it’s important to recognize what’s going on with you internally.

That exasperated Oh no, Not again! feeling, or that knot in your stomach you’re experiencing, are your mind and body’s way of giving you red flags and warning signals.

And sometimes, paying attention to our emotions – whether it’s being angry, fed up, or simply calm and at peace because you have a moment of clarity – can be just the thing we need to motivate us to make the right choices.

3. Ask yourself the right question

In cases where you really want to say ‘no,’ but are afraid or reluctant to do so, ask yourself one simple question: “Why am I hesitant about saying ‘no’?”

Once you answer this question honestly, you’ll probably realize that you’re worried about one of three things:

2)   You’re worried about the other person rejecting you in some way, or not loving you or being as close/friendly to you

3)   You’re worried that the other person will get mad at you, think you’re selfish and inconsiderate or that you don’t care about them

Note that in all these scenarios, what you’re really worried about is what will happen to your relationship with the person if you decline to provide help.

Unfortunately, if you follow this line of thinking, you’re neglecting to think about the flip side of things: namely, what will happen to the relationship if you do provide help?

It’s far more likely that the relationship could be damaged by money actually changing hands than money not changing hands. That’s because any number of situations could happen.

So clear your mind of worries that a “No” answer will hurt the relationship.

And most of all, realize that if you saying “No” does hurt the relationship, then the relationship wasn’t nearly as strong as you thought, or it wasn’t built on the right foundation, because no family relationship or friendship should be dependent upon one person’s ability or willingness to give cash or loans to the other party.

Even if cash money is not at stake, the same holds true for relatives and friends who ask you to provide your credit, by doing things like co-signing for car loans or credit cards.

Most of us don’t ask ourselves the right question when considering a request to supply assets, loans, or credit to family members or friends.

The right question, as mentioned above, is: “Why am I hesitant about saying no?

Instead of this question, though, most of us consciously or subconsciously ask ourselves this very different question: “What will happen if I say no?

Let’s deal realistically with this question: “What will happen if I say ‘no’”? And then let me explain why this is precisely the wrong question to ask yourself.

Assume someone – let’s say your brother – has asked you for $200 to pay his cell phone bill. If he doesn’t pay it within three days, his phone service will be disconnected. He’s broke and doesn’t have the cash to pay the bill. So he asks you for a loan.

The truth of the matter is that if you say ‘No,’ there are only four possible outcomes:

1)   The person is forced to turn elsewhere for help

(In this case, your brother might go ask someone else for money).

2)   The person comes up with the money on their own

(Using this example, your brother might sell something he owns to raise the $200 he needs).

3)   The person is forced to get creative to come up with a solution to their problem (Your brother could work out a deal to pay the phone company $100 next week and $100 two weeks from then).

(Under the “worst case” scenario, your brother doesn’t get his hands on the $200 and his phone does indeed gets disconnected).

Note that three out of the four possible scenarios are reasonably good outcomes that could realistically solve your brother’s problem without you having to step in and play financial savior.

But when you ask yourself the question, “What will happen if I say ‘No’”? your mind automatically tends to go to the “worst case scenario” for the other person. You start thinking about the other party’s immediate, often dire need.

So you naturally think something like: “If I don’t give them the money, their telephone or lights are going to get disconnected; their car will get repossessed; or they won’t have money to pay this or that bill.”

Often times, the person asking you for money will tell you that they’re coming to you as “a last resort.” Or they will emphasize: “You know I wouldn’t ask you if I didn’t really and truly need it.” These statements may or may not be true.

Why Breaking the Cycle of Dependency Is For the Best

But even if you opt not to bail the person out, and they suffer the consequences of their inability to pay their bills, maybe it’s actually for the best. For you and for them.

Maybe the person who can’t routinely afford that cell phone doesn’t really need it. Or the person who isn’t able to consistently keep up with timely car payments should probably be driving a less expensive car.

Even the person who’s calling you at the 11th hour, in a bid to save their home from foreclosure, should stop and think (as you should) about why they’re in that predicament. Maybe the simple truth is that they can’t really afford that home. So even if you gave them money now, it would probably just be a short-term fix to a larger, long-term problem.

I don’t mean to sound harsh. And honestly, I’m not one to be cold and unfeeling toward someone in need. But I also recognize patterns of financial behavior and how they can impact one’s own life – and the lives of those around us.

Is it really up to you to constantly come to the rescue of someone who is being irresponsible, making bad financial choices, or who simply is a poor money manager?

I don’t think so – no matter how much you love the person.

If you constantly bail someone out economically, you are simply enabling their behavior, training them to keep coming to you for help, and making yourself the victim of a financially abusive relationship.

Two sure-fire ways to spot “financial abuse” in a relationship are when someone promises to pay you back, but doesn’t; or when someone pushes your emotional buttons to make you feel guilty or “selfish” about saying “No.”

Don’t let your fear of being rejected by a friend or loved one prevent you from standing up for yourself and establishing solid financial boundaries.

5. Have the money talk and just say “No”

It can be very difficult to have a simple talk about money, especially if financial issues have been an ongoing problem.

However, you need to sit down with the person who is draining you of your own financial resources and suggest other options – anything outside of you having to be responsible for the person and continuing giving them money.

You don’t have to solve their problems. In fact, you simply have to indicate that you can no longer be the solution to their economic troubles.

Don’t be afraid to say flat-out that you are uncomfortable with gifting or loaning them money anymore.

Sometimes you might not have the time or the energy to sit down and have a heart-to-heart conversation with the person who needs money. Other times, you may have just reached your limit and the request for money could set off an argument.

Learn to respectfully say “No” without feeling the need to justify your actions. If the other person appears offended or becomes angry when you deny their request, explain that you don’t believe this is healthy for your relationship and that you are not trying to hurt them.

Ultimately, you need to set these types of boundaries so that both of you can enjoy some financial peace of mind – and hopefully preserve your relationship too.