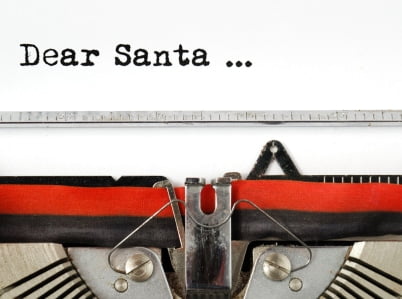 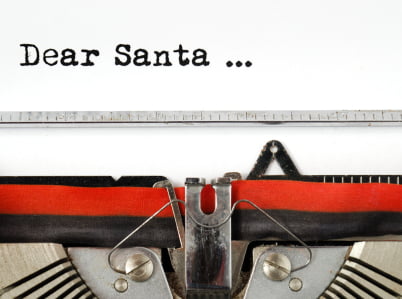 As a sophomore in high school, the holiday season is an exciting time: there are winter break projects, class-wide Secret Santa missions, and of course getting to spend the Season of Giving with my family and friends.

However, I’m noticing a growing trend in the blogosphere: parents saying they will give their kids far fewer presents than the previous Christmas — or even none at all!

Now I understand that times are tough. But that is no excuse for a parent to deprive their children of the happiness that comes with exchanging gifts.

One of the first things I was taught growing up was to follow the ‘Golden Rule,’ or “Do unto others as you would like them to do unto you.”

Is that not the main reason why kids make handmade gifts, like a macaroni necklace, and subsequently say, “Here mommy, do you like the present I made you?”

People feel a sense of pride and accomplishment in being able to make someone else happy by giving gifts. Following that logic, I should hope that parents would want to make their kids happy by doing the same thing.

Please don’t get me wrong: I wouldn’t want anyone to gift him or herself into debt or bankruptcy. But just show your kids you were thoughtful enough to make or buy gifts for them that they will actually enjoy.

Even the younger ones understand that mommy and daddy’s pockets aren’t quite as deep as before.

My sister proved this when she announced “I feel special when I get presents, because some kids really don’t get presents.”

Christmastime is often characterized by the complete commercialization what was once mainly a religious holiday.

Instead of Mom and Dad, Santa Claus and his little helpers now make all the toys for the girls and boys. Of course, then, who but Rudolph and his eight other flying reindeer buddies could deliver the goodies to your local Kmart, Target, and FAO Schwarz?

Strangely enough, this point really only sunk in for me when I asked my first-grade sister how she would feel if she didn’t receive any presents.

She replied: “I would be very sad. What’s the point of having Christmas if you don’t get presents? You’d just sit there and do nothing.”

Spoken out of the mouths of babes.

The point is, though, that she is still a ‘babe’; when she is a little older she will be able to fully understand the implications of that day for those of us who believe that Jesus Christ was and is the Son of God.

For those families who have children in school, from kindergarten to 12th grade, your child will be able to tell you without a shadow of a doubt that one of the first questions asked on the first day back from winter recess is: “What did you get for Christmas?”

It’s not necessarily a competition as much as it is a sincere curiosity to know if the people you are friends with got the latest technology, an awesome toy, or the special something they know your son or daughter has been begging for over the last five months.

If your child doesn’t get anything at all he or she can feel a sense of loss or disappointment, especially once the news gets relayed to their friends at school.

My brother in seventh grade said that he would feel “left out” if he did not get any presents. Although he would be upset if he woke up to see nothing but the floor under the Christmas tree he also added that, “giving is more important than receiving.”

Are Kids These Days “Too Spoiled?”

Another popular reason that parents say they’re not giving nearly as much to their children this holiday season is that parents believe kids are too spoiled and selfish nowadays.

Granted, it is likely that kids today have it better than their parents did as children.

The reason for this is that the quality of life overall has improved in the United States over the course of multiple decades. Also, adults often give the best that they can offer. That’s because parents almost always try to ensure that their children have more than those parents had growing up.

But most of us kids aren’t spoiled brats. In fact, I believe that adults also often underestimate the generosity of their offspring.

My sister said she “likes to give presents to people who don’t have presents” because she feels “very sad” for them. Even though she has exactly $10.04 saved in cash and coins, it’s the thought that counts, right?

My brother, who had a similar sentiment, offered to buy or make something for a friend who did not receive gifts because he “would feel sorry” for the friend. The main difference is that he has a tad more money saved up than our sister and so it would be more feasible for him to do so.

If none of what I have said has touched your heart or made you reconsider your stance on gift giving for the holidays, I apologize.

Perhaps you’re just going to say “Merry Christmas” or “Happy Holidays” and offer nothing more to your kids this holiday season.

If so, my last request is that you also say hello to the “Ghost of Christmas Presents”; I haven’t seen him since the Grinch’s 50th birthday, back when the recession started in 2007.

Editor’s Note: Aziza Khalfani is the eldest daughter of Lynnette Khalfani-Cox, The Money Coach, who finds it humorous – and a little shocking – that her daughter has such strong opinions about how other people should spend their money.