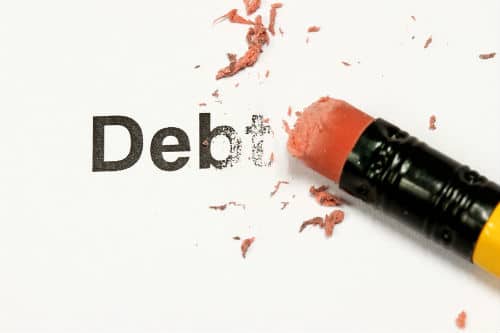 5 Bad Habits That Keep You Deep in Debt

Nobody wants to be mired in debt. But if we’re honest about our financial patterns, we’ll admit to sometimes making poor money choices — at least now and again — that can lead to debt.

An occasional slip up with your finances probably won’t do any long-lasting damage. But when financial goofs become routine, you’re headed for trouble.

Here are five habits that can get you, and keep you, in debt — and take you off the path to financial freedom.

Buying Things “Just This Once”

Admit it: How many times have you splurged on something you knew you couldn’t afford but justified the purchase by saying you’d do it “just this once”? Maybe you bought an ultra-expensive suit, took an over-the-top vacation or let a car salesman talk you into the priciest car on the lot. And all of these things were bought on credit, of course, not cash.

The problem with these one-time indulgences is that they can be costly, both in terms of the price tag and the extra interest you’ll be paying over time. Even worse: these “one-time” extravagances can become habitual mistakes. Maybe you won’t go out and purchase another red convertible, but the mind-set that allowed you to do it has taken root.

So the next time you want another luxury item that’s financially out of reach, you simply convince yourself (yet again) that it’s not that bad because it’s just a one-off expenditure. It’s time to stop kidding yourself. A habit is called a habit for a reason. It’s because you’re doing it repeatedly. Break the cycle by saying “just this once, I’m going to say no to something I can’t really afford.”

Purchasing a Gift for Someone — and One for Yourself

The holidays just ended and that means the credit card bills are starting to roll in. Are you one of those shoppers who went out and bought something nice for a relative or friend and then decided the gift was so nice that you’d buy one for yourself, too?

“We have all done it,” says financial advisor Leslie Greenman. “You see something you like and think, ‘Wow, that is so cute. I will buy one for so and so and one for me.'”

No wonder that, according to the National Retail Federation’s 2011 Holiday Consumer Intentions and Actions Survey, the average American was expected to spend $130.43 on him or herself while holiday shopping.

Whether you’re holiday shopping, buying a birthday gift or selecting a present for another special occasion, be careful that you don’t fall into the trap of always buying something for yourself when you really just intended to get a gift for someone else. Otherwise, you could wind up with a pile of debt.

Finish reading the complete article 5 Habits That Keep You in Debt on AARP.org