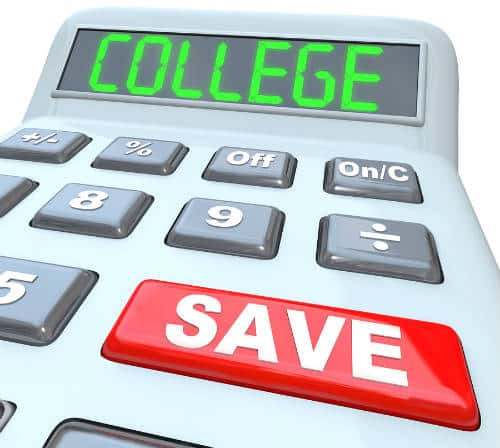 List of Colleges That Don’t Raise Their Tuition Each Year

Hundreds of colleges and universities in America offer fixed-price tuition, a model that theoretically should save students money over four years.

If you attend a fixed-price school, the campus guarantees that the tuition rate you pay as a freshman will be the exact same rate you pay in your fourth (and hopefully final) year as a college senior.

You won’t have to look too far to find campuses offering fixed-price college tuition.

The University of Dayton has a four-year tuition model, which began in 2013-2014 and locks in the cost of tuition across a four-year period. In describing the benefits of this pricing structure, the school describes itself as follows:

“At the University of Dayton, our Catholic, Marianist mission drives us to be a catalyst for the greater good — to not just identify a problem but to take action to change it. We want students to have a successful college experience and have peace of mind regarding the cost of their degree. That’s why we’ve created a new four-year tuition model with TOTAL TRANSPARENCY.”

George Washington University also has a tuition-pricing guarantee. It’s been doing it for more than a decade. Unlike many other schools, GWU locks in a set tuition price for five years, instead of just four.

Starting in the 2015-2016 academic year, Ohio University will join the ranks of postsecondary schools trying to keep a lid on tuition by switching to a fixed-price tuition plan. If you keep your ears out, you’ll no doubt hear of other schools doing the same.

By offering a four-year price guarantee, colleges are hoping to ease families’ financial worries and help them better budget during a student’s academic tenure. Schools also hope to nudge pupils along and encourage them to finish their studies on time. Better graduation rates also boost school rankings, of course, and make those institutions eligible for more federal aid. So such initiatives may not always be 100% altruistic on the part of some colleges.

As I explained in my book, College Secrets, some people also say there are two potential downsides to fixed-rate tuition.

First, in order to spread costs out evenly over four years, colleges may front load tuition expenses. So in the first year or two of enrollment, tuition costs can be a bit higher than anticipated. But by years three and four, students typically find that their tuition rates are lower than those for incoming freshmen.

Second, if a student drops out or transfers to another school, tuition expenses incurred in the first year or two may have been paid at a premium, without the student getting the benefit of the promised lower tuition in subsequent years.

Still, fixed-price colleges are worth consideration, especially for those who are confident about their school choice, and determined to graduate in four years.