Celebrities and Child Support: Are These Shocking Amounts Paid by the Rich and Famous Reasonable or Ridiculous?

150
SHARES
2.5k
VIEWS
Share on FacebookShare on TwitterShare on LinkedIn

With so many marriages and divorces among celebrities, it’s not surprising that famous couples that break up often have disputes over child support – just like other couples that call it quits.

What may be surprising, though, are the huge amounts of money that high-profile people are often legally required to pay for their children.

Even celebrities who never married their exes, but had kids with them, can become embroiled in child support battles involving hundreds of thousands of even millions of dollars.

Add it all up, and it’s easy to see that some Hollywood A-listers shell out mega bucks to their exes after a relationship goes bad.

Here is a look at some celebrities who’ve been ordered to pay child support – along with the enormous amounts of money they’re supposed to cough up each month.

Some people on this list do a great job, and consistently pay that child support as required. Others, however, seem to be in a constant state of drama and contention with their exes over alleged unpaid child support.

It’s also worth noting that if a celebrity’s fortune changes significantly – and they make a lot more money or a lot less – their child support can be increased or decreased accordingly by a court order.

So for some of the 15 celebrities that follow, we’ll probably see them in and out of court with their exes for many years to come. 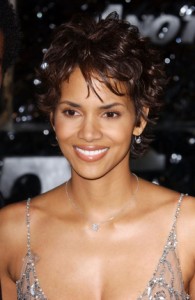 According to TMZ, a family law judge in June 2012 ordered the Oscar-winning actress to pay $20,000 a month to ex-boyfriend Gabriel Aubry, for their daughter Nahla. Halle Berry is now engaged to French actor Oliver Martinez, and has asked the court’s permission to move to France with Nahla. Such a move would presumably impact Berry’s current child support obligations. 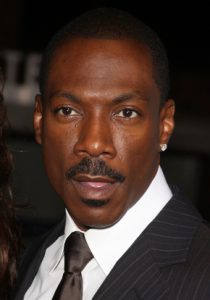 After first denying paternity, actor Eddie Murphy agreed to a DNA test and then reached a settlement to pay $51,000 a month, to Melanie Brown (AKA “Mel B” or “Spice Girl”) for their daughter, Angel. The child support is scheduled to last until Angel turns 18. 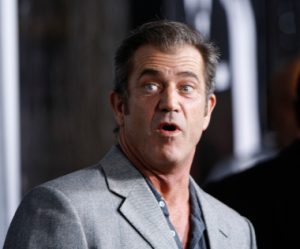 In September 2010, a Los Angeles Superior Court judge ordered actor Mel Gibson to dole out $20,000 monthly to former girlfriend Oksana Grigoriev for their child, Lucia. That $20,000 a month figure was a 300% increase over the $5,000 a month Gibson had been paying his ex-flame, who is a Russian singer-songwriter.

Certainly, $20,000 a month is nothing to sneeze at. But it’s chump change compared to what Gibson had to fork over to his ex-wife. In December 2011, the actor finalized a divorce settlement with Robyn Gibson, the mother of his seven other children and his ex-wife of 31 years. Since the couple had no pre-nup, under California law Robyn received an estimated $425 million, half of Gibson’s $850 million fortune. 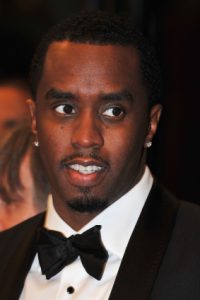 Entertainer and businessman Sean “Diddy” Combs has had multiple rounds in court tangling with his ex-lovers over child support. Back in December 2001, a judge ordered the star formerly known as “Puffy” to pay $20,000 a month to ex-girlfriend and model, Kim Porter, for their son, Christian, who was 3-years-old at the time. The child support was scheduled to last until Christian turned 21.

Additionally, in April 2005, a judge ordered Diddy to pay $21,782 per month to another ex-girlfriend, Misa Hylton Brim, with whom he had a son, Justin, who was then 11 years old. Justin turned 18 in January 2012 and after earning a 3.75 grade point average is heading off to college at UCLA on a $54,000 football scholarship. 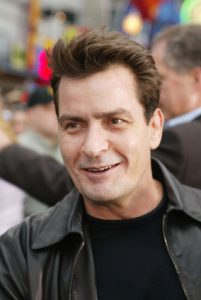 Child support issues loom large in the unpredictable life of actor Charlie Sheen. While Sheen once famously declared that he was “winning” and living the good life with adult stars, he hasn’t always won in court when it comes to his legal battles with former spouses over child support.

Sheen, formerly of “Two and a Half Men” fame, pays $50,000 a month to his second ex-wife, actress Denise Richards, for their two girls, Sam and Lola. After tying the knot in June 2002, Sheen and Richards divorced in November 2006.

Additionally, since February 2011, Sheen has been paying $55,000 a month to his third ex-wife Brooke Mueller for their twin sons, Bob and Max. (For the record, Sheen’s first ex-wife was model Donna Peele, whom Sheen wed in 1995; the union lasted only about a year in 1995. Sheen also has a 17-year-old daughter, Cassandra, by his former high school sweetheart, Paula Profit).

There’s no word on whether Sheen shells out child support for his first-born child.

But if my math is correct, Sheen is currently on the hook to pay a staggering $1.3 million a year in child support for his other four young children.

Former Dallas Cowboys football player Deion Sanders, who is now an NFL television analyst, was ordered in May 2012 to pay $10,550 in monthly child support, to his estranged wife, Pilar, for the benefit of their three children, two sons and a daughter named Shilo, Shedeur and Shelomi. Sanders and Pilar, a model and actress, are currently in the midst of contentious divorce proceedings.

Of course, this is just a sampling of celebrities with child support payments.

Here’s a snapshot of other well-known people and their child support obligations.

Real estate mogul and reality TV star Donald Trump – $25,000 a month to ex-wife Marla Maples; for their daughter Tiffany until she turns 21

Businessman and hip hop legend Russell Simmons – $40,000 a month, to ex-wife Kimora Lee, a model and businesswoman. She has sole custody of the former couple’s two daughters, Ming and Aoki

Rapper and actor 50 Cent – $6,700 a month, to ex-girlfriend Shaniqua Tompkins, for their son Marquise; 50 Cent had previously been paying his ex $25,000 a month in child support and household expenses before having payments slashed in 2008

Singer Britney Spears – $20,000 a month, to her ex-husband Kevin Federline, for their two sons, Sean and Jayden

Child support laws differ from state to state in America.

And family courts consider many factors in making child support awards — not the least of which are the parents’ incomes and maintaining the lifestyle that a child has previously had.

For the kids of celebrities, that lifestyle includes the works: expensive homes, nannies, private school, luxury vacations and much more.

But what do you think? Are these celebrities’ child support payments reasonable – or ridiculous?

How to Save Money on a Tight Budget

Did you know that the Bible has over 2,000 verses about money? That's right. Faith and Finances do go together! So being a spiritual person, or believing in God, doesn't...

Currently, the average cost of a funeral is between $7,000 and $10,000. While life insurance can help cover some of the expenses, not every insurance plan includes burial assistance.

Like most things these days, you can make a will online. But the question really is: should you create an online will versus having a will drawn up the traditional...

In this video, Lynnette shares information on available SNAP food benefits and resources to anyone that needs help.

The emotions of becoming a new parent speak for themselves and cannot truly be understood until you’re the person or couple experiencing this major life milestone. With the ups and...

How to Save Money on a Tight Budget