71
SHARES
1.2k
VIEWS
Share on FacebookShare on TwitterShare on LinkedIn

College students: if you’re a procrastinator, or the type of person who does stuff not just at the last minute, but late, that bad habit is going to cost you big time on campus.

If you’re late doing anything at all in college, expect your school to bill you for it.

That includes being late to register for a class, late to drop a class, late to turn in a housing deposit, late paying tuition and fees, or late to confirm that you’re going to do anything in the future. The list goes on and on.

And depending on the issue involve, late fees can be quite exorbitant — not to mention unnecessarily bureaucratic.

Penalties for late payments are stiff, generally ranging from $50 to $100. But some schools’ penalty fees can top $500. And these fees are so widespread, I’ll bet most students don’t escape from four years of college without being hit with at least one late fee (if not many more).

In my book, College Secrets, I describe a $335 non-refundable charge that Loyola Marymount University in California charges if students don’t opt out of parking.

Here’s the crazy thing: the initial parking fee is a charge that automatically shows up on all students’ bills – including those who don’t even drive a vehicle!

Students without cars can get hit with that hefty $335 charge at any time because the school requires students to repeat the “opt out” process every semester.

Frankly, I don’t see the wisdom in this policy — unless, of course, the point is for this new procedure to serve as a “gotcha” in order to extract extra fees from those attending LMU.

If a student tells Loyola Marymount that he or she doesn’t even own a car, and won’t be parking on campus, why does that same student need to keep opting out semester after semester?

Instead of repeatedly charging a student for parking each semester unless he or she continually opts out, wouldn’t a better way to handle this be for the school to have the student’s original opt-out notice on file and then to keep it in force, unless notified of something to the contrary?

This way, there would be fewer demands on the students to go through the opt-out process again and again, a total of eight times over a four-year education. It would also be less administrative hassle and work for Loyola Marymount staff.

There are other late fees you need to watch out for as well, like late enrollment fees.

Michigan State University charges undergraduates a $300 late enrollment fee, plus a $200 charge for each course added to a student’s academic record after the last day of instruction.

Late fees seem to be at their highest, however, if you’re ever tardy sending in tuition when it’s due.

I sympathize with families and schools in this regard.

On the one hand, I know how many students and parents are scrimping and saving and borrowing to pay those tuition bills. On the other hand, I also understand that schools need to be able to rely on timely tuition checks.

However, the late fees levied on those who make tardy tuition payments are particularly steep — some might say downright excessive.

At Franklin & Marshall College, where tuition fees exceed $48,000 annually, the school charges a $500 late payment in any semester that tuition is paid late.

The same is true at Washington & Jefferson College. At Cornell University, if you register after the sixth week of class and then pay your tuition, you pay a $500 late fee plus an extra financing charge of 1.25% a month, or 15%, annually on late payers.

So let’s assume for a moment that for some reason your family got behind on tuition and you were actually late paying both your fall and spring bills. You’d pay at least $1,000 in penalty fees alone at each one of these institutions.

Getting Hit With Sucker Fees

By the way, I call all these late penalties “sucker” fees because institutions of higher education can move as slow as molasses with impunity. (Just ask any college grad who has waited for about three months or more to get their degree in the mail).

But when schools want you to act, they seem to have an attitude that, if you don’t move quickly, or at least according to their timetables: “Too bad for you sucker! Now we can charge you whatever fee we want!”

The obvious fixes for this problem — at least on the student end — are for you to be responsive to all registration, payment, and other notices you get.

Do everything on time and avoid being late. Ever. I know that’s a tall order for some, and schools are pretty much asking for perfection in this regard.

But abiding by certain rules is part of the process of navigating the higher education system. 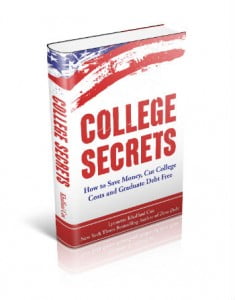 Also, keep electronic or paper records of everything a school requires in case anyone ever claims you didn’t fulfill some obligation. Your documentation could come in handy if you ever need to get a fee reversed.

It would be nice if schools did their fair share as well, like making penalty fees far more reasonable, giving students plenty of advance notice, and telling them about important deadlines and fees in ways other than online messages.

I realize, of course, that schools must communicate with many thousands of students at once, so online communication is often the speediest and most cost-effective.

Nevertheless since schools are so adept at communicating cheaply and quickly with students via email, how come they can’t lower the costs of other digital and email-based services they provide?

Does it really cost a college or university the $25 that some charge you for them to basically just enter a few keystrokes in a computer and push a button to deliver an electronic transcript to a prospective employer, an outside scholarship provider or some other third party? I don’t think so.

Either way, a word to the wise: be conscientious and on time with everything while earning your degree. If not, you’ll likely ending up paying hundreds of dollars in late fees, which are yet another hidden college cost.

Fannie Mae Making It Easier for African-Americans, Latinos to Get Mortgages

Steps to Get a Tax Lien Removed From Your Credit Reports

College scholarships aren’t just awarded to high school seniors planning to enroll as freshmen in the college or university of their choice. Anyone, of almost any age, can win a...

Steps to Get a Tax Lien Removed From Your Credit Reports