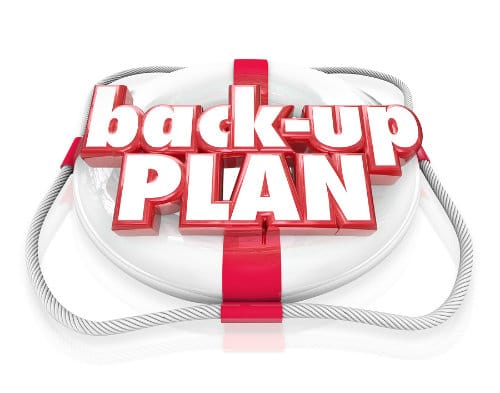 How to Create a Solid Financial Back-Up Plan

Life never goes exactly according to plan, which is one reason 42-year-old Jeannine McCurrie knows how important it is to have a financial back-up plan.

McCurrie was just 29 when her 32-year-old brother was shot and killed, leaving behind three small children under the age of seven.

At age 31, McCurrie suffered the loss of her father, too.

As tragic as those losses were, nothing could have prepared McCurrie emotionally for the death of her husband, Darren, in September 2008. He was stricken by a fast-moving cancer and passed away suddenly at age 38. His stay-at-home wife was left to pick up the pieces and raise the couple’s 4 ½ year old daughter and 8-month-old son alone.

“In the beginning, I was so devastated that all I could do was just focus on breathing and putting one foot in front of the other,” McCurrie says.

Over time, however, McCurrie developed a mission borne out of all that heartache: She now preaches to people about the importance of creating a solid financial back-up plans to deal with all manner of life calamities—ranging from death to downsizing to major illness.

McCurrie has even written a guidebook called My Plan B Handbook to help teach others how to prepare economically for life’s unexpected challenges.

For her part, McCurrie is thankful that, following the death of her father, she and her husband made financial preparations to deal with a worst-case scenario.

“If we had not had life insurance, I would have been completely overwhelmed with how I would pay the mortgage or medical bills,” she notes. “My husband’s emergency room bill alone, in less than 24 hours, was $79,000.  So I can’t even imagine being buried with money worries on top of all that stress and the grief.”

Unfortunately, far too many Americans lack a Plan B. Continue reading Lynnette’s article on BlackEnterprise.com