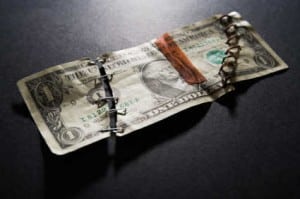 Fix Your Budget: Here’s Why Everything Always Costs More Than You Think It Will 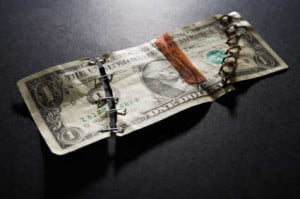 I used to think that only young college grads made the mistake of underestimating how much it costs to live in the real world.

After working as a Money Coach, however, and talking to countless individuals about their monthly finances, I’ve since discovered that people of all ages, incomes, and education levels fall into this trap.

It’s very common for me to talk with 30- and 40-year-old professionals about the “average costs” of their living expenses, and have them give me figures that I know are way off the mark.

For example, a 35-year-old trying to save for retirement might think that having $1 million in the bank 20 years from now will be sufficient during her golden years. The truth is, she may live to be 90 or even 95.

If she wants to have an early retirement, at age 55, she needs to make sure she has enough savings to last 40 years in retirement—and $1 million probably won’t cut it.

Beyond the dream of a comfortable retirement, everybody in this country wants something—from the mundane to the extraordinary. More often than not, there’s a price tag attached to the things we want to buy, do, have, or achieve.

For example, getting an education is a costly endeavor, as you well know.

It’s not just about performing academically or being willing to spend years in school studying and taking tests. You must also come up with the financing for a higher education—these days, anywhere from $20,000 to $30,000 or even far more for a four-year degree.

Think about virtually any goal you’d like to accomplish: whether it’s buying a home, traveling around the world, taking a photography class, or just being able to paint on the beach whenever you’d like. All of these things come at a price.

Unfortunately, most people vastly underestimate the true cost of reaching their goals.

And even when people put an accurate price tag on the cost of having or experiencing the things that they want, they overestimate their own financial resources and their ability to pay for those items.

Likewise, if you’re currently a student or are presently job-hunting, don’t expect to land a high-paying job that’s far above the national average. Doing so could lead you to making costly mistakes – like taking out an excessive amount of student loans on the mistaken assumption that “I’ll earn a lot of money when I graduate.” (Read these tips on how to pay off student loans fast).

Along those same lines, you also should avoid a common mistake made by many recent college grads. Simply put: don’t equate your gross income with your ability to pay various bills.

The truth of the matter is that if you’re grossing $40,000, you’re in the 25 percent tax bracket, and so your net income—that is, your salary after federal, state, and social security taxes—will be about $30,000.

In some areas, that $2,308 can go a long way, but in many parts of the country, you’ll be pinched for cash—especially if you have a family.

It’s Not What You Make – It’s What You Keep!

For those of you into charts, look at those figures – and a bit more data – another way:

With these numbers in mind, take a look at this classic example of what happens with the typical college graduate who is fresh out of school.

Assume this college grad is named Nadine Naïve. Nadine thinks that because she landed a $40,000 a year job, she’ll be able handle her bills with no problem. What Nadine hasn’t counted on, though, is that the apartment in the city in which she wants to live costs $1,000 a month—twice as much as she’d planned on spending for housing.

Nadine’s new job as a marketing specialist requires her to meet with clients and take part in high-level meetings with senior executives. So needless to say, Nadine wants to “look the part.” There goes $300 a month on clothes to get the wardrobe started.

She has to get to work, of course, so Nadine has a used vehicle too, with a modest $200 a month payment.

Since Nadine is now on her own and no longer living with her parents, car insurance is a new expense she also must tackle. That’s a $150 a month hit to her wallet.

Throw in another $100 a month for gas, tolls, and commuting expenses, along with maintenance costs for automobile oil changes and the like.

Did I mention that Nadine has student loans? Those are $150 a month.

Credit card bills from debts she ran up in school are another $200 each month. (Read the free, online version of my book, Zero Debt, to eliminate credit card debt).

As tight as things are, we don’t think Nadine will starve herself, so we’ll assume she’s eating some food; groceries and eating out costs $300 a month. You may have noticed by now that Nadine Naïve is actually spending more than she makes. On these “basics” alone, she’s spending $2,400 a month – and she’s only bringing home $2,308 each month!

We haven’t even talked about how Nadine will furnish her apartment or pay for utilities like gas, water, and electric service, her cell phone bill, Internet service, or cable TV—let alone indulge in a few luxuries like trips to the nail and hair salon.

Again, take a quick look at a chart view of Nadine’s basic budget:

If so, the lesson here is that almost everyone underestimates the true cost of living—not to mention the price tag associated with achieving future goals.

Without a true handle on your actual or expected living costs – and without creating a proper budget – you’ll always be spending more than you make and you’ll never get ahead financially.