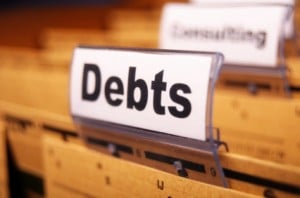 Four Surprising Insights About Getting Out of Debt 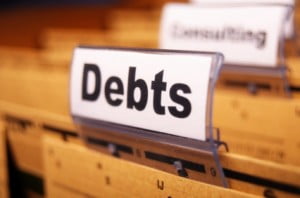 If you have recently started on the long journey to improve your finances and get out of debt,  you have probably hit a few real and imagined obstacles by now.

Perhaps you did not get the raise that you were expecting, or even worse, you’ve lost your job altogether.

Maybe you’ve been kicking yourself as you reflect upon all of the stupid spending mistakes you’ve made that got you into debt in the first place. Or even worse, you are blaming someone else like your spouse, partner, your parents or the bank that lent you the money in the first place.

To help you eliminate debt, here are four things that I’ve learned about getting out of debt.

1. It’s Not About the Money

Most of us erroneously think that the biggest drawback of being in debt is the amount of money we have to pay to banks and creditors. We bemoan all the cash that goes down the drain in the form of interest. Or we rail about high fees, late payments and other charges tied to having debt.

But the real price tag of debt isn’t the financial cost associated with owing others. It’s the toll that debt takes on every area of your life.

Debt wreaks havoc on you emotionally and physically, causing physical and mental stress. Debt also stresses relationships, leading couples to argue more or divorce. These are more significant, in my opinion, than the financial cost of debt.

2. You Have More Power/Leverage Than You Think

Debt can often feel like bondage — and for good reason. When you’re deep in debt, you’re essentially a slave to your creditors. But despite the fact that you may owe thousands, or even tens of thousands of dollars to banks or other financial institutions, you have more leverage than you may think.

For instance, if you are facing high-interest rate credit cards, you have the power to call up your credit card company and negotiate.

Banks send out billions of credit card solicitations annually. And if you’ve been paying your bills on time, the bank doesn’t want to lose your business. So simply calling up the issuer or your Visa or MasterCard and asking: “Is this the best rate you can offer?” could get you better terms. Unfortunately, too few consumers do this. They think: “I’m just one small customer” or “The bank is going to say ‘No’ anyway.”

3. It’s NOT Someone Else’s Fault

We’d all like to blame someone else for our debt woes and our financial problems. The “irresponsible” ex spouse who ran up the bills. The “stingy” boss who wouldn’t give us a raise. Or maybe even the “greedy” bankers who gave us credit and loans in the first place!

But to get out of debt, you have to accept responsibility for your predicament. You have to think about the choices YOU made, the things YOU did – or did not do – that led to your current state of financial affairs.

It’s only by seeing your own level of personal responsibility that you become empowered. You have to start to think: “If I got myself into this mess, I have the power to get myself out of it.”

Even if you got into debt through seemingly no fault of your own (perhaps because you were downsized, went through a divorce, or had big medical bills in the family), you should review what happened and think about how you could have financial protected yourself and safeguarded your household against such unforeseen events.

Could you have had a bigger savings nest egg? Could you have had more insurance? Instead of blaming others, focus on what you could have done to help avoid the situation or what’s within your power that you can do to fix the problem now.

If you’re stressed out because your cards are all maxed out, then you need to pay off cards with the highest dollar balances first. If you’re finding it hard to keep it with so many credit cards, because you’ve got a wallet full of plastic, then you should pay off the cards with the lowest dollar balances first. As you pay off cards, then use the money you had been paying to double up on the next card.

The main reason you shouldn’t always pay off your high interest rate debt first is because that strategy can takes many months – if not years – before you see your balances start to budge. For most people, that’s way too long and depressing.

Who wants to fight against debt month after month only to see that the $170 they paid on a Visa card only covered $17 worth of the principal balance and the other $153 went toward interest? Little wonder that people don’t stay motivated or stick to a payoff plan when the only advice they get is: pay off high rate debt first.

So instead, use a payoff strategy that lets you get an immediate emotional boost from seeing that your plan is working. That will keep you motivated and on track to becoming debt-free.