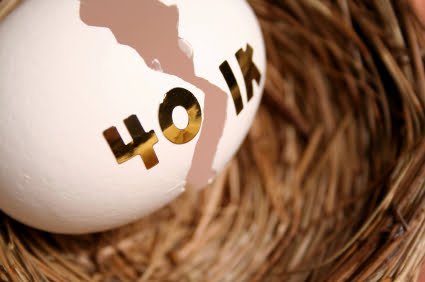 Want to Make A Withdrawal From Your 401(k) to Pay Bills? Think Again! 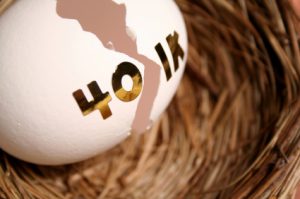 Amid the tough economy, lots of people have tapped into their 401(k) plans or their Individual Retirement Accounts (IRAs) as a way to get money to pay their bills.

Although a withdrawal from a 401(k) plan probably offered a short-term cash cushion, but it also has long-term tax consequences, particularly for those who were under the age of 59 ½ at the time of their withdrawal.

In such cases, cashing out of a retirement plan (either partially or wholly) is considered an “early distribution.” It also means that your cash withdrawal is subject to a host of IRS tax rules.

If you took an early withdrawal last year this year – or were thinking of doing so in the final months of 2012 – here are some facts you should know about early distributions.

Those Taxes and That 10% Penalty Hurt

For starters, if you’re not 59 ½ years old, that early or “premature” distribution from your retirement plan is taxed at your ordinary income tax rate.

Your early distribution is also usually subject to an additional 10% tax. This 10% tax is a penalty the government imposes for you not leaving your money in a retirement plan as intended.

But even though your employer may not instantly take this 10% out of your money when you take an early withdrawal from your 401(k) plan, you can be sure that your employer will definitely report the early distribution to the IRS. By federal law, companies have to report these distributions.

The result is that when tax time rolls around next year, the IRS will tax you 10% on the money you received.

Is tapping your retirement money really worth it when you know that so much of it is going to just go to the government? Probably not.

Some Good News On That 10% Tax/Penalty

There are a few bright spots concerning that 10% tax/penalty.

According to the IRS, a distribution you rollover to another IRA or qualified retirement plan is not subject to the additional 10% tax. You must complete the rollover within 60 days after the day you received the distribution.

Additionally, if you received an early distribution from a Roth IRA, the distribution attributable to your prior contributions is not taxed.

And finally, there are several exceptions to the additional 10% early distribution tax, such as when the distributions are used for the purchase of a first home, for certain medical or educational expenses, or if you are disabled. There is also an exception in the law that allows penalty-free distributions from your 401(k) upon leaving a company, provided you are 55 or older when you leave your job.

Even with these exceptions, you should think twice if you’re considering tapping your retirement money early.

I usually don’t like to see people use their 401(k) assets to pay off credit card debt or other bills because doing so shrinks a person’s retirement nest egg and most people face serious tax consequences (outlined above) by making early withdrawals from their retirement plans.

A Good Rate of Return

Despite my advice, I realize that some people with high-rate credit card debt will argue that it’s financially “smarter” to use retirement money to reduce their debt because paying down your credit card bills will generate an effective return rate that’s not likely to be matched by your retirement investing plan.

In other words, you may be paying 15% or so interest rates on those credit cards. Therefore, that’s the return you’re essentially getting by paying off that consumer debt. Chances are your 401(k) is not earning any where near 15% a year.

I understand that thinking and I agree somewhat with this logic – but only for pre-retirees who have reached that magic age of 59 ½ years old.

Sure, you’ll pay taxes on the distribution. But by that age, at least you won’t suffer the 10% penalty as well. And if you’re heading into retirement in just a few short years, it’s understandable that you don’t want credit card debt or other bills hanging over your head when you will no longer have an earned income source.

Whatever your age, if you decide to use your 401(k) or IRA money to clear up credit card debt and other bills, just be sure to manage your credit wisely in the future – and avoid running up those credit card debts again during your Golden Years.