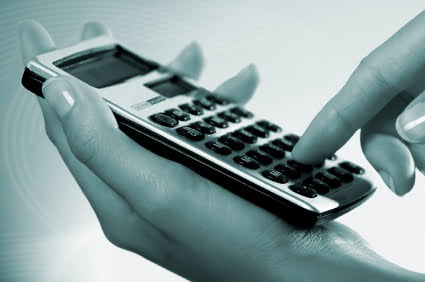 5 Money Mistakes Women Make – And How to Fix Them 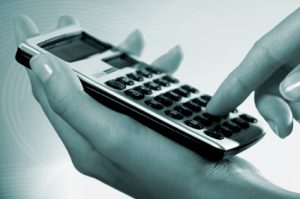 We all make money mistakes, women and men alike. But women are often more prone to certain financial blunders.

Here are five money mistakes women make – and how to fix them.

Mixing finances and family is rarely a good thing. There’s too much risk of something going wrong.

What if the person doesn’t repay on time? What if the person starts to constantly come to you asking for “loans” and financial help. You don’t want to become someone’s human ATM machine or to get into a financially abusive relationship.

Even worse, women tend to give until it hurts. So we’ll loan money to others even though we have credit card debt or no real savings. But that money you’re loaning out could be best used fixing your own financial problems!

When you can afford it, helping someone out of a one-time financial jam is fine. But you should politely decline repeated requests for money. Tell people who ask that you don’t like to loan cash because you don’t want to risk straining the relationship.

If you do have some money to spare, let your financial help be a “gift” not a loan. But only offer what you can comfortably give. Don’t put yourself in the hole to help someone else out of his or hers. That’s just not money savvy. And you’ll probably regret it later.

For those who have trouble saying “no,” read these 5 tips to establish financial boundaries with relatives and friends. Also, here’s a sample script of what to say to family members draining your wallet or deadbeat friends who constantly asks for money.

Mistake #2: Merging finances with a spouse/partner

It’s OK to have some joint accounts with your spouse or a partner when you’re married or living together. But the problem is that too many women merge finances far too soon, too early into the relationship, and in ways that are not healthy.

For example, even if you have joint checking or savings accounts, it’s a good idea to also have a separate account — just so you learn how to manage finances on your own.

Also, some women get joint credit accounts before they’re even married. Or they co-sign mortgages, car notes, and credit card accounts for people they know are completely financially irresponsible. Both situations are very risky because you’re jeopardizing your credit, which is hugely important.

Even if your spouse is a good money manager, if you only have joint credit card accounts, that could become a problem if you get a divorce. Your ex could run up debts and you’ll be liable for them. Plus, many divorced women – especially stay-at-home-moms, women in school full-time, and others who don’t work – won’t be able to get credit on their own, because of income requirements imposed by banks and other credit-card issuers.

Have a conversation with your spouse or significant other and let them know that you’d like to have some financial independence.

It doesn’t mean that you don’t love them or don’t trust them. It simply means you want to be smarter with managing your finances.

Admittedly, this can be a tricky, sometimes tough conversation. But it’s crucial to do it and get it right.

Also, if you’re going through a break-up or think you may split from your spouse, be sure to read these 5 tips to protect your credit during a divorce.

Studies show that 7 out of 10 people in this country, including the majority of women, don’t have a last will and testament. Also, most Americans are terribly under-insured or have no life insurance whatsoever.

Many times, we can afford these things. We’ve just been putting it off because we’re too busy, or we don’t want to think about the future. But that’s a big financial mistake.

As women, we’re good with making to-do lists and the tackling tasks one at a time. So make a checklist of things you know you need, give yourself a deadline of no more than 30 days, and just get it done.

No excuses. No procrastination. Besides, it feels really good to check things off your to-do list, and you’ll sleep so much better knowing you did the right thing to help secure your family’s future.

Unfortunately, lots of women think finances are “too complicated” for them to understand and manage. Not the everyday stuff — like running the household budget and balancing the family checkbook. We’ve got those issues covered. I mean the bigger issues, such as investing and saving for retirement.

That’s why women will say things like: “Oh, my husband handles all the investing stuff.” Or we’ll rely completely on a guy’s investing advice: He could be a friend, your brother, uncle, daddy – or even your sugar daddy! We go to them thinking they know more about money than we do. Obviously that’s not always the case.

The problem is that many women lack knowledge and lack confidence.

In fact, in a recent survey from Prudential Financial, most women admitted that they really don’t know a lot about stocks and bonds, or products like mutual funds and annuities. Consequently, only about 20% of women surveyed said that they’re well prepared to make wise financial choices for the future. But nearly half of all men surveyed felt confident planning for the future.

There’s no shame in admitting that you don’t know something. It is a shame, though, if you do nothing about it. So just educate yourself about certain topics.

Read financial magazines or money-management books. (I’ve written a basic book on investing called Investing Success, and there are other good guides available). Listen to business news shows on TV or the radio. Take a class. You can do this! Money management isn’t rocket science.

Mistake #5: The girlfriend’s only club

While some of us rely on guys for advice, some of us only go to our gal pals for tips and suggestions on how to handle money matters.

Only 1 in 3 women have a financial adviser, according to Prudential’s survey on women’s financial behaviors. Instead, we’d often rather just let our girlfriends chime in and offer us recommendations on how to save, spend, invest or donate money. And some of us mistakenly think getting professional financial help will be “too expensive.”