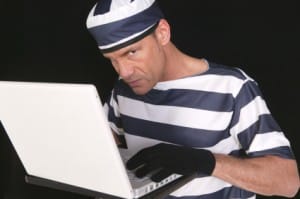 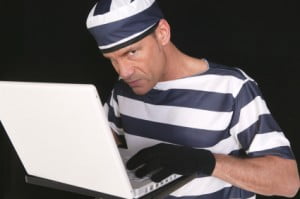 The number of fraudulent tax returns filed by U.S. prisoners has exploded in recent years, representing a growing financial problem and a headache for IRS officials and American taxpayers alike.

According to a recent report from the Treasury Inspector General for Tax Administration (TIGTA), back in 2010, prisoners filed 77,563 bogus tax returns in a bid to claim $384 million in fraudulent refunds.

Just two short years later, however, such fraudulent tax-filing activities had doubled – with inmates submitting to the IRS 173,106 sham tax returns worth $2.1 billion in refunds.

It is legal for inmates to file federal income tax returns and prisoners are even allowed to get tax refund checks – provided they legitimately qualify for them.

Prisoners who work while incarcerated typically receive minimum wages – that is, if they get any pay at all. Still, some prisoners earn enough income from work they perform while locked up to require them to file a tax return. Other prisoners, such as “white collar” criminals, may have outside businesses or enough income from investments – such as dividends or interest payments – to mandate the filing of a tax return.

It’s only when inmates send fraudulent tax data to the IRS that prisoners cross the line.

And unfortunately, that’s happening all too often.

Even though the IRS says it typically catches more than 80% of all deceptive tax filings made by prisoners, this problem still affects every law-abiding U.S. taxpayer in three main ways: fraud, abuse, waste.

Lots of fraudulent tax returns filed by inmates are the direct result of them stealing someone else’s social security number in order to get a big tax refund check.

The impact of such tax-related identity theft is enormous.

Most people don’t realize that they’re the victims of social security theft and income tax fraud until they try to file a tax return. That’s when the IRS notifies them that someone else has already submitted a 1040 form using the individual’s social security number.

In such cases, the rightful taxpayer now has to clean up the mess left behind by the incarcerated identity thief. (Here’s what to do when someone uses your SSN to file taxes).

The result is that, collectively, defrauded consumers then have to waste tens of millions of hours and spend untold costs dealing with the IRS, proving their identity, and trying to claim their rightful tax refund checks – a process that can take months for a typical taxpayer.

Likewise, the IRS wastes countless amounts of time, money, effort and manpower dealing with the fallout from prisoner tax fraud.

“The problem is out of control,” says Adam Levin, founder of Credit.com and Chairman of Identity Theft 911.

“Everyone is fighting and scraping to cut government spending. But millions of dollars are spent each year paying the wrong person the wrong refund,” Levin notes. “And then the government has to turn around and pay the right person their proper refund.”

So ultimately, Levin adds, “this is a crime against the American taxpayer.”

The good news is that in 2013, the IRS, lawmakers, and prison officials are all stepping up their efforts to catch inmates who steal other people’s social security number or otherwise file false tax returns.

The chief weapon the IRS uses to fight this growing problem is something called the Prisoner File. The Prisoner File is a list of prisoners maintained by the IRS based on data the IRS receives from the Federal Bureau of Prisons and State Departments of Corrections.

So one thing the IRS is doing in 2013 is improving its Prisoner File.

The IRS, the SSA and prison officials are all also trying to better increase the information that they exchange with one another, and they’re pressing elected officials to help them in this effort.

Currently, even though state and federal prison officials are legally required to supply information about inmates to the IRS, that flow of information doesn’t work both ways.

A prior law – The Inmate Tax Fraud Prevention Act of 2008and an amendment to the Act in July 2010 – gave the IRS legal authority to inform prison officials about prisoners who filed fraudulent tax returns. But the law expired in December 2011.

Lawmakers are now expected in 2013 to give the IRS permanent right to disclose to prisons info related to prisoner-filed fraudulent tax returns or prisoner identity issues.

The thinking is: if prison officials knew which inmates had filed abusive tax returns, or used someone else’s Social Security number, authorities might be able to help curtail such abuse.

Finally, states across the country are getting in the action, and taking new measures to help prevent identity theft-related tax fraud.

Four states have signed up for a new identity management system offered by LexisNexis that would help officials better detect when crooks are trying to get sham tax refund checks.

The LexisNexis system works by tapping public records, among other things, to verify and authenticate the identity of people seeking tax refunds. The system also asks key questions of taxpayers to confirm their identity; the questions are things that only the rightful taxpayers would know.

Already, Georgia, Connecticut, South Carolina and a fourth unidentified state have signed up for the LexisNexis system. More states are expected to also try it in 2013.

So far, the program seems to be working. Last year alone, thanks to its own efforts and the new LexisNexis initiative, Georgia thwarted 158,462 suspected fraudsters from getting $99 million in state tax refunds.