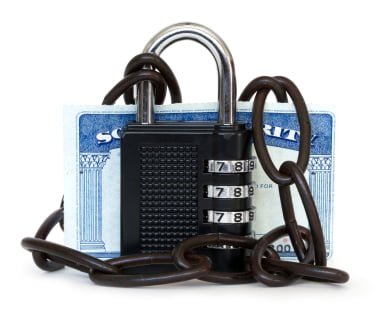 Imagine filing your federal taxes with the Internal Revenue Service, only to have your tax return rejected because some crook has already used your Social Security number and claimed a bogus tax refund.

All of a sudden you face an IRS nightmare. You must prove your identity to the feds. You’ll have to notify the IRS, the credit bureaus, and others that you were the victim of identity theft. Then you’ll suffer a long delay – about six months – in getting any tax refund due you.

“Tax identity theft is rampant, and the crime only gets worse during tax season,” says Judy Sorensen, president of the Association of Credit Counseling Professionals.

In 2013, an estimated 2.5 million Americans fell victim to tax ID theft, up from 1.2 million taxpayers in 2012, data from the IRS and consumer watchdog groups show.

Between 2011 and 2013, the IRS says it prevented roughly $50 billion in fraudulent tax returns. Even so, scammers still netted about $11 billion in bogus refunds during that time, according to the reports from the Treasury Inspector General for Tax Administration.

“Although the IRS is stepping up efforts to prevent these fraudulent tax filings, it’s still up to consumers to be vigilant and protect themselves,” Sorensen says.

Sorensen offers four tips to help consumers protect their tax refunds and their credit too:

“The easiest way to prevent tax identity theft is to file your taxes early,” says Sorensen.

You can’t beat scammers to the punch and file immediately, however, since the IRS isn’t accepting e-filings or paper tax returns until Jan. 31. That’s 10 days after the planned Jan. 21 launch of the 2014 tax season. The delay is due to the 16-day government shutdown last October. The IRS needs the extra time to make sure all its systems are in place and working.

“One of the sneakiest ways that con artists commit tax ID theft is by calling you and pretending be from the IRS. By posing as an IRS agent, the thief simply asks for your Social Security number – and a shocking number of people unwittingly reveal it,” says Sorensen.

The IRS has warned taxpayers about these telephone scams, because some scammers can be very convincing. They may already know the last four digits of your SSN. They may spoof the IRS toll-free number (800-829-1040) on a caller ID to make it appear that it’s really the IRS calling. Or they may even send emails that seem to come right from the IRS.

But remember: the IRS never initiates contact with taxpayers through any means other than the U.S. mail. So if someone claiming to be from the IRS calls, emails, faxes, or uses social media to reach out to you, rest assured that he or she is an impostor.

The IRS says 60% of taxpayers use paid preparers to file their income taxes. While most paid preparers are honest, there are unscrupulous people – like some storefront operators and fly-by-night tax preparers – who set up shop only to obtain Social Security numbers.

To avoid crooks, check out preparers with the Better Business Bureau. Also, only use those who enter their IRS Preparer Tax Identification Numbers and sign tax returns they prepare.

“It’s a big red flag if someone asks you to sign a blank tax return and let him or her fill it out,” Sorensen says. “You should always know exactly what you’re signing.”

Finally, steer clear of a preparer who wants to ‘rush’ your filing by using your last pay stub before you get a W-2 Form from your employer. This is against IRS e-file rules.

Tip #4: Protect personal data in and around your home

After the data breaches at Target and Neiman Marcus – where hackers stole the personal info of 110 million customers – some said we’re powerless against ID thieves. Although no one can stop identity theft entirely, there are things you can do to minimize your risks.

“Safeguard your information as much as possible. That goes for your Social Security number, driver’s license, credit cards and bank account data,” Sorensen says.

She suggests changing online passwords regularly, removing your Social Security number from your wallet, using a locked mailbox, and shredding documents before tossing them.

“Criminals don’t just get your information through data breaches or hacking into computer systems,” Sorensen says. “Many crooks resort to old-fashioned, low-tech methods, like pick-pocketing your wallet, stealing your mail, or going through paperwork in your trash.”

The Association of Credit Counseling Professionals, ACCPros, is the credit counseling industry’s newest and fastest growing trade association. ACCPros hopes to distinguish itself from other associations by placing an emphasis on ethics and compliance and focusing on best practices, quality service, education, training, and professional ethics. ACCPros member agencies can be a great resource for consumers seeking help managing their debt. Call the toll-free ACCPros Locator Line at 800-635-0553 to speak with a certified credit counselor at an agency licensed/registered in your state.