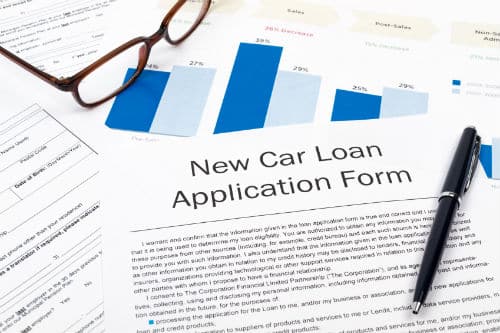 I recently wrote about the pros and cons of taking on 72-month or 84-month car loans. If you read my previous article, you no doubt noticed that there were a lot more “cons” than “pros.”

With all of these cons, it’s no wonder that some financial pros, like Clark Howard, say that you should just say no to long-term auto loans. In fact, Howard recommends that you limit car loans to 42 months, or 3 ½ years. The experts at Consumer Reports suggest that you stick to a 48-month car loan.

But what if you really need a new set of wheels, and the numbers won’t work for you on a three or four-year loan?

You do have options.

Here are four smart alternatives to 72 month car loans (as well as car loans lasting 7 or even 8 years).

First, just be willing to downsize financially and get a cheaper car than the one you’ve been eyeing that will require you to sign up for a 6-year or 7-year car loan.

Consumer Reports compiled a list of recommendations featuring the best new cars under $25,000. Getting a lower-priced automobile is one of the simplest, and often smartest, ways to keep your monthly car payments in check.

Even a car in the $30,000 range should be quite doable for most middle-income Americans. With a 10% car down-payment, or a trade-in to sweeten the deal, you’d be just fine.

After all, the average amount financed for a new vehicle loan hit an all-time high of $27,612 in the first quarter of 2014, up $964 from the previous year, according to data from Experian Automotive.

Additionally, Experian reported that the average monthly payment for a new vehicle loan reached its highest point on record at $474 during the first quarter, up from $459 in the first quarter of 2013.

Second, consider a used car. Sure, it won’t have that new car smell. But there are nonetheless tons of high-quality, pre-owned vehicles out there and you may be able to save a bundle by purchasing a used car versus a new one.

Third, you can take the “middle of the road” approach and go for a 60-month, or five-year, car loan. This way, you don’t have to financially fret over the higher payments required with a 4-year or 48-month car loan. But you also won’t go hog wild with a 7-year or 8-year car loan either. In essence, you’re setting a firm limit of five years and capping your auto loan length at that 60-month term, no matter what.

Frankly, I think this “middle of the road” approach is best for most people for a variety of reasons. For starters, you can find many carmakers offering auto warranties lasting for five years, so that’s a big plus.

Also, if you pay off your five-year car loan early – and you should try to do just that – then that’s an added bonus.

Finally, and equally important, with a 5-year loan, you can be happy with your car selection, but you’ll also avoid going overboard in buying what’s essentially going to be a depreciating asset as soon as you drive it off the lot.

I recognize that car buying isn’t simply a matter of dollars and sense. And if we’re honest: we’ll all admit that it’s certainly not just about being practical and having a car that will take you from point A to point B. It’s also about ego, style, personal tastes and a whole host of other intangibles and subjective factors. Ultimately, when people buy a car, they want to feel good about that vehicle and themselves.

As Tom Voelk of the New York Times recently put it, in reviewing the new 2015 Cadillac Escalade, which is my husband’s dream car: “Cars and S.U.V.s are not solely about transportation. If that were the case, we’d all be driving old Honda Civics and Ford Explorers. People want to drive their personalities, and because of that, the Cadillac Escalade looms large in pop culture.”

Finally, to sidestep an extended term car loan that may be outside of your budget, you can consider leasing a vehicle instead.

In some cases, especially for those weighing 72-month car loans, leasing can actually be the cheaper option.

New research from Swapalease.com shows that car buyers would be better off leasing vehicles over that period compared with ownership.

In a nutshell, car buyers getting a $30,000 vehicle would save about $2,000 with two-36 month car leases compared with one 72-month car loan, according to Swapalease’s calculations. The savings grow to more than $5,000 for those who assumed four, 18-month “lease transfers” over that same time.

You can see the report from Swapalease here and learn more about what it means to do a lease transfer here.

The cost-savings on a lease, compared with longer-term financed car loans, may help explain why Americans are, in fact, now leasing new vehicles at record levels nationwide.

Of all new vehicles financed, 30% were leased in the first quarter of 2014, according to Experian Automotive.

“Our analysis this quarter (1Q 2014) showed that the average monthly lease payment was $51 lower than the average loan payment, which can make a big difference to consumers trying to stretch their dollar,” Melinda Zabritski, Senior Director of Automotive Finance for Experian Automotive, said in a statement.

In a recent press release, Zabritski added: “Over the last several quarters, leasing has come back as a very desirable option for consumers.”

“Whether they are interested in getting the latest and greatest models or simply do not want to commit to a long-term purchase, consumers are leasing new vehicles in greater numbers than ever before,” she said. “However, what they need to remember is that without good credit, it may be more difficult to get a lease, and that leases have mileage caps so they need to make sure their lifestyle fits the leasing requirements.”