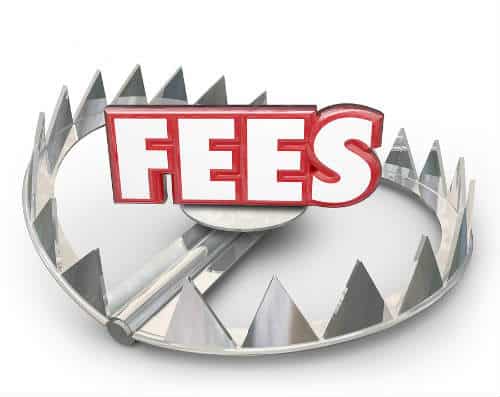 Tuition and fees are often lumped together on college bills. But just like you should know all the “extras” you’re paying for when you buy a car, so too should you be aware of all the additional fees that are charged to you beyond tuition expenses.

For starters, it’s important to realize that schools can dream up any kind of “fee.”

Some schools tie a laundry list of fees to each and every service or benefit they provide to students, regardless of how many students utilize those benefits. Other colleges and universities seem to invent random fees for no other reason than to raise revenues.

Regardless of their purpose, at first glance, all these small fees may seem tiny and insignificant.

But the problem, all too frequently, is that the ever-growing hodgepodge of so-called “little” fees can snowball over time. They can amass in dollar amounts and in terms of the number of fees being levied. Over the course of your four-year college career, these fees wind up costing you major dollars.

Be Wary of Colleges Disguising Fees

It certainly doesn’t help that fees are often presented as a single item, or at best, a group of fees on your student statements and bills.

Although some schools do break out fees in detail, most don’t.

School officials know that parents and students alike would probably become even more enraged about fees if they saw how much nickel and diming was taking place.

So how can you go about keeping a lid on fees?

Your best bet is to attack the issue in five ways:

In this article, I’ll tell you how to go about getting fee waivers, based on information I shared in my book, College Secrets. In future articles, I’ll reveal the other strategies mentioned above. 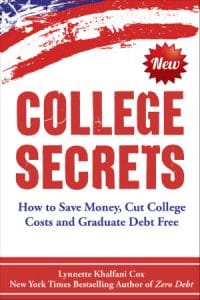 Getting Fee Waivers from Your College or University

This is one of the largest fees tacked on to many college bills, but it’s also one that can be easily waived.

You simply need to have private health insurance and show evidence of such coverage to your college or university. In most cases, parents already have their dependent children covered on their healthcare policy, so this coverage, which typically extends for the student up to age 26, will be sufficient to eliminate or waive the health insurance charge a school imposes.

Says Chrissi Lockwood, a mom whose daughter is now attending the University of Delaware: “On Kati’s bill, there was a health insurance fee of $676 for the fall and then $797 for the spring. Had I not waived out of that she would have gotten charged more than $1,400. So parents need to be aware of that.”

You can also get waivers from certain fees during specific times, such as when you’re away from your home campus, studying abroad or doing field research. Ditto for students who are registered for only off-campus or online classes for an entire semester or longer.

If you obtain a waiver or deferment of fees, you’ll typically see the amount credited reflected on your college billing statement.

Also know that many schools, especially state and public schools, have policies in place that specifically provide fee waivers for certain groups of students: like college employees, military members and veterans.

Healthcare, student services, technology fees and charges for various facilities are perhaps the four most common categories of fees charged by many colleges and universities. But remember, there can be any number of fees that you’ll face while earning a college degree.

For instance, at the University of California, Santa Cruz, the school outlines more than 30 different fees — on top of tuition — that are charged each year.

As of this writing, a dozen of those fees were as follows:

All told, the 30-plus fees at UC Santa Cruz added up to more than $4,000. Although UC Santa Cruz may seem like an extreme case, in many ways it’s not. Unfortunately, a slew of fees have become the rule in higher education, rather than the exception, especially at public colleges and universities.

At the University of Illinois at Urbana-Champaign, a look at the school’s main website pages showing tuition and fees shows that the 2014-2015 base tuition price was $12,036 and fees were $3,566.

But if you drill down farther, you’ll also find a breakdown of one category, labeled “student-initiated fees.” These expenses, the university says, were actually 10 different fees consolidated starting in the fall 2012 term. “The amount will appear as a single line item on the Student Account and is not refundable,” the school’s website states.

Did you catch that? An unsuspecting person probably wouldn’t realize that the single line item dubbed “student-initiated fees” is actually 10 various fees combined, something I’m sure college officials realize is much harder to spot, given how the fees are presented.

These schools highlight what goes on all across the country, at campuses large and small, and at brand-name universities as well as lesser-known colleges.

So no matter what institution you attend, or where you’re considering enrolling, do yourself a favor and get online to research the variety of fees imposed by the school. What you’ll find will likely be an eye-opener.