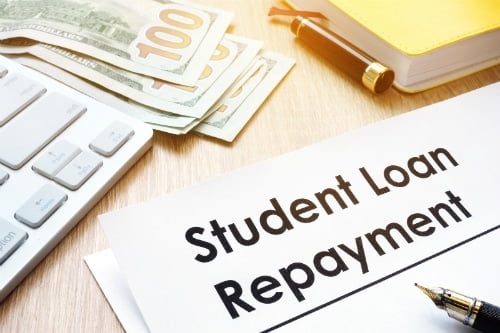 Is There an Optimal Strategy to Repaying Student Loan Debt?

College can be an exciting time, but paying off student loans isn’t nearly as fun. Unless you pay it back or you’re one of a rare few who receives student loan forgiveness, student loan debt can cause negative repercussions in other areas of your life. For example, you might not be able to get a mortgage for a new home, and interest rates for car loans will be higher if you don’t handle your student loans responsibly.

LendEDU recently surveyed 1,000 former student loan borrowers. By learning about their thoughts on student loans, you can follow their advice and perhaps have success paying off your student loans. Those who were surveyed had successfully paid off student loan balances of at least $15,000. And 42 percent paid off their student loans in one to five years, so it’s worth noting how they did it.

Lump-Sum Payments Seem to Have A Big Impact

Lump-sum payments may seem hard to scrape together, but many people get mini windfalls of money each year in the form of year-end bonuses at work or tax returns. These lump-sum payments can significantly reduce the time it takes to pay off a loan.

In the six-to-nine year pay-off category, only 41 percent made a large lump-sum payment. The percentage of those forking over a lump-sum payment of at least $5,000 dwindled to 25 percent in those who took 10 years to pay off their loans.

When asked what strategies they used to pay off their student loan debt faster, 19 percent of those who paid off loans in one to five years made more than the minimum monthly payment, compared to 18 percent in the six to nine years category and 13 percent in the 10 years.

Other strategies used by most of the respondents included living at home to avoid rent payments, limiting leisure spending, never taking on credit card debt, limiting retirement contributions, investing aggressively and using profits to repay debt, finding a second job or side gig, moving to a cheaper city, avoiding other major expenses, and using inheritance money to repay debt.

Once Repaid, Financial Options Are Boundless

Other top financial priorities that respondents said they were able to focus on once they retired their student loan debt included eliminating other debt, investing more in the market, and traveling more or saving for traveling.

Additional priorities included building a college fund for teir child, starting their own business, being able to pay for health insurance, taking out a life insurance policy, spending more money on social outings, purchasing new things for enjoyment, and making a down payment on a car or buying a car.

About Mike Brown: In his role at LendEDU, Mike uses data, usually from surveys and publicly-available resources, to identify emerging personal finance trends and tell unique stories. Mike’s work, featured in major outlets like The Wall Street Journal and The Washington Post, provides consumers with a personal finance measuring stick and can help them make informed finance decisions.