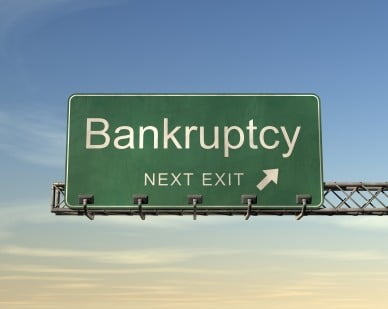 Can Student Loans Be Discharged Through Bankruptcy? 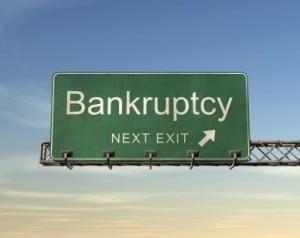 Q: I recently filed for bankruptcy and it was discharged in October. But on my credit report one of my student loans was listed as being discharged. Is that possible and can they still come after me for garnishment?

A: Student loans are generally not dischargeable in bankruptcy court – regardless of whether they were federal college loans or private student loans.

In order to get student loans wiped out in a bankruptcy filing you would have to make a special petition to the court and get your request approved.

It’s not impossible. But it is very, very rare.

No Slack from the Courts

So even among the hundreds of thousands of people who filed for bankruptcy after being laid off, sick, divorced, stuck with high medical bills, in severe credit card debt, and so on, those people didn’t get their student loans discharged. It has to be a much more severe, extraordinary circumstance for a student loan discharge in bankruptcy court.

An exception to this might be if your doctor certified that you were permanently and totally physical disability – and you also could demonstrate, say, long-term, chronic unemployment. This situation might render you unlikely to be able to repay your debts, including student loans.

What to Do Next

I would double-check your credit report, therefore, to make sure that you are interpreting the information correctly. If it does indeed show that a student loan was discharged I wouldn’t necessarily go shouting from the rooftops about it – nor would I rush to the bankruptcy trustee and tell that individual that he or she “made a mistake.”

Instead, you should do two things to cover yourself from a legal and moral perspective.

First, reach out to all three credit reporting agencies (TransUnion, Equifax and Experian), as well as your student loan company or loan guarantor and find out if their records also show your student loan as having been discharged. If so, there’s your answer; case closed.

That debt is legally discharged. If not, I would be prepared to repay that student loan – as I’m sure you originally intended to do.

Protecting Your Finances and Your Credit

I suspect that, based on your question and the fact that you were surprised to see your student loan debt listed as discharged, that you did not intend to include this in your bankruptcy filing and did not know that this would occur. So if this debt remains outstanding, do the right thing, and honor your obligation to repay what you still legally owe.

If the debt is still outstanding, repayment of it will not only clear your conscience, it will also protect your finances.

After all, student loans have no statute of limitations, meaning that creditors can pursue you forever to make you pay. If you default on federal student loans, your wages can be garnished, you can be subjected to collections activity, your credit rating will be damaged and you could lose any professional licenses you may have earned. It’s simply not worth risking all that by skipping out on making those student loan repayments.