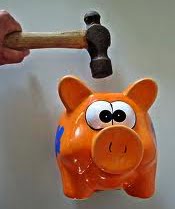 Should I Use My 401(k) Money To Pay My Child’s College Tuition? 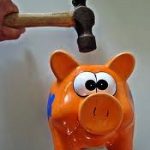 Q:  To finish college, our son will need an additional $20,000 for his final two years. We are thinking of using some of our 401(k) money. My husband will be almost 60 by then, so no penalty.

With our social security plus my husband’s pension, our income will be close to his present working income. We have no debt. What do you think about using 401K money in this situation?

A: Typically, I tell parents of college students not to sacrifice their own retirement in order to foot their children’s college tuition bills. In your case, however, I think it actually might be a smart strategy overall financially for your entire family.

Here are the reasons why. You meet three criteria that I think gives your family a bit more financial stability than most.

The fact of the matter is; most college students at public colleges nowadays actually need five years to graduate instead of four.

But if you already know he only has two years left, and $20,000 is his financial need, that tells me he requires roughly $10,000 a year, which isn’t an excessive amount when you think about the rate of tuition inflation and the cost of a college education overall.

Secondly, you indicated that even if you use some of your 401(k) money, because you have other assets like the Social Security and your husband’s pension, you expect your income is pretty much going to be on par with his current working income. That tells me that you are in a much stronger position than most.

Unfortunately, after the retirement phase, many people find that their income drops significantly and those who are relying on Social Security experience a dramatic decrease in the quality of their life from a financial standpoint.

Social Security, only pays retirees an average of about $1000 a month. If you are able to also boost your financial standing with your husband’s pension, that is a great thing. We all know, of course, that pensions are hard to come by these days, because not many companies have kept those kinds of retirement plans in force for their workers.

Lastly, you said that you have no debt. I don’t know if you mean no credit card debt, no auto loans or just no debt completely, — as in your mortgage is already paid off too. But if that is the case, again, you have a greater degree of financial stability than do most Americans.

Being debt‑free really does keep you with so many more financial options. So if you can prevent your son from going into debt from taking out student loans, which is probably the option that he might consider if he doesn’t get the $20,000 from you, then I say yes.

Overall, for the family, you will be showing your son a great example to say, “Let’s try to do this the smart way. Let’s pay for school with cash. Let’s use our savings as opposed to taking on a loan.”

This is free money that doesn’t have to be repaid, but it does require sweat equity, work, applications, essays, transcripts, et cetera, on his part. But the payoff is definitely worthwhile. If he can muster up $5000, $10,000 or even $20,000 in scholarships and grants, obviously that will prevent him from having to take on student loans. But it will also keep you from having to raid your 401K.

Good luck to your entire family … and your son is lucky to have such thoughtful, financially conscientious parents!