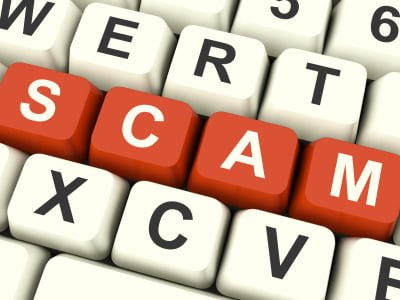 Beware of These Job Scams and Fraudulent Offers 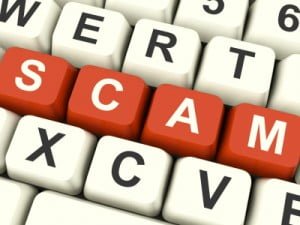 If you’re out of work or looking to start your own business, beware of scores of employment scams now operating nationwide.

The Federal Trade Commission is cracking down on companies making bogus job offers to Americans.

According go the FTC, the agency recently took action in a dozen cases involving scams where unemployed or underemployed people were promised fraudulent “be your own boss” opportunities.

So the FTC just announced that it was shutting down several businesses that violated various laws, such as the FTC Act.  The businesses also violated the FTC’s recently updated Business Opportunity Rule, which requires business opportunity sellers to provide specific information to help consumers evaluate a business opportunity, and provides a simple, one-page disclosure form.

So what kind of job offers and “be your own boss” deals are really common scams?

Fraudsters have recently tempted people by claiming they could help consumers start a range of businesses. Some crooks said you could be a mystery shopper, other con men lured people with promises that they could be credit card processors, website operators, and even government insurance refund processors.

Take a look at four of the companies just targeted by the FTC. If other businesses offer you a “work from home” or other job opportunity that sounds like the ones that follow, you’d be wise to turn that offer down.

According to the FTC’s complaint, this business operated a mystery shopper scam by falsely claiming people could earn an average of $50 per mystery shopping assignment with no limit to the number of assignments.

Shopper Systems LLC offered training for $2.95 and a seven-day trial period for the mystery shopping program, and subsequently charged $49.95 per month for a list of interested merchants, with an option to cancel at any time without further obligation.

In other words, they signed people up to pay the company fees on an ongoing monthly basis.

According to the FTC’s complaint, the defendants told consumers that, for a fee typically ranging from $295 to $495, they could operate a home-based business selling the defendants’ payment processing services, credit card terminals, and merchant cash advances to merchants in the consumers’ local communities.

Again, the red flag here is the payment of hefty upfront fees to the company offering the so-called legitimate business opportunity.

This business claimed people could make money via their own website – a seemingly appealing offer.

But the FTC says The Online Entrepreneur falsely told people that, for a $27 fee, they would enable consumers to affiliate with the websites of “big companies,” like Prada, Sony, Louis Vuitton and Verizon.

Allegedly, consumers were supposed to earn “commissions” when Internet users clicked through the consumers’ websites and bought products from these retailers.

The only problem was, after consumers bought the program, their websites often didn’t work, or they could only actually use their website if they also purchased a domain name and expensive hosting services.

With this business scam, people were fooled into thinking they could get good-paying jobs with the U.S. Postal Service.

According to the FTC, the defendants posted ads in newspapers and online which appeared to offer employment with the Postal Service.

In reality, people who called about the ads were tricked into buying a booklet on job advice – a booklet that cost over $100.

This is a classic bait-and-switch type of move – where someone offers a specific product or service to get your interest, then they turn around and try to sell you something else.

The lesson to be learned here is simply this: approach all home-based business opportunities carefully, and always check out a potential “employer” if you have even the slightest doubts about the company’s legitimacy.