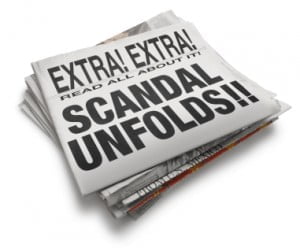 Man Says He Was Forced to Have Sex with IRS Agent to Avoid Audit, Tax Penalties 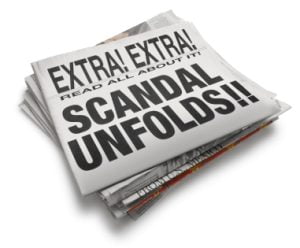 Here’s a wacky question you may never have previously considered: Can an IRS agent coerce you into doing something you don’t want to do – even something as extreme as having sex – in order to avoid an audit or IRS tax penalties?

Well, technically, an IRS agent can’t legally make you do anything immoral or against the law.

But that hasn’t stopped an Oregon man from accusing an IRS agent of just that.

Vincent Burroughs says a female agent, named Dora Abrahamson, coerced him into having sexual relations just to prevent an audit and tax fines.

It all started, he says, when Abrahamson allegedly called him up in August 2011 to tell him he was getting audited. Soon afterwards, the tax agent then allegedly began sending flirtatious texts and racy photos and Burroughs. This allegedly went on for two months.

The situation culminated in a sexual encounter at his house, after the agent reportedly showed up in provocative clothing and insisted on getting it on by saying she could impose “no penalty” or a “40% penalty” depending on whether or not Burroughs gave her “what she wanted.”

This story sounds hilarious and extremely far-fetched at first glance. But if this guy is even half serious – and a lawsuit filed by Burroughs suggests he is – this is no laughing matter.

And meantime, if an IRS agent ever calls you or shows up at your doorstep demanding sexual favors, financial favors – or any other kind of favors – do yourself a favor: just say no.