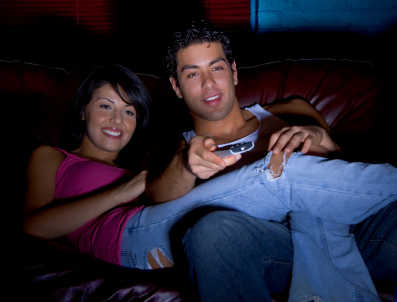 Here’s How to Get Free HBO and Cinemax 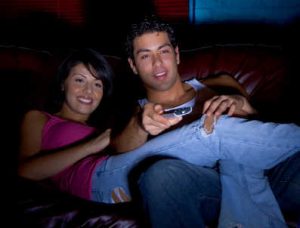 Do you have basic cable but would love to have HBO and Cinemax? If so, you may have avoided upgrading to a premium cable package because of the cost involved.

After all, basic cable typically costs roughly $15 to $20 a month, while premium cable can set you back anywhere from about $60 to $120 monthly.

Fortunately, there’s an easy way to get access to premium cable at no additional cost: the strategy is to take advantage of the many “free preview weekends” offered through numerous cable and satellite providers.

This weekend, for example, several cable and satellite companies are running free previews of HBO and Cinemax, according to FreePreview.tv. The deal lasts from Friday, March 29 to either Monday, April 1 or Tuesday, April 2, 2013, depending on your cable carrier.

Even better, this free preview includes all the HBO and Cinemax channels, including the on-demand channels.

So if you aren’t a premium cable subscriber, free preview weekends are a great way to get a peek at shows you normally wouldn’t see or movies you’ve missed.

You can also view special sporting events from the NBA, NFL, Major League Baseball and more.

A free preview weekend even lets you “binge watch” certain series you’ve always heard about like “Banshee,” “Hunted,” and “Strike Back,” from Cinemax or “Girls,” “Game of Thrones,” and “Curb Your Enthusiasm,” from HBO.

What’s more, if you have a DVR, it’s the perfect time to put it to good use. Simply take that DVR and load up on as many hours of premium shows that you can during the free preview period.

This way, even if you can’t sit at home glued to the TV around the clock this weekend, you’ll still be able to capture that programming for later viewing. Doing so will save you from paying rental fees and on-demand fees later – plus, you’ll have at least a month’s worth of free cable programming that you can watch during your own leisure time.

My husband and I have become fans of FreePreview.tv and have signed up for their free alert service, which notifies us about upcoming programming.

We’ve found that free previews weekends are not just limited to HBO and Cinemax. We’ve also seen listings for free previews for sports channels, as well as other premium channels like Starz and Showtime, where you can view popular series like “Dexter,” “Weeds,” and “Shameless.”

It seems nearly all premium channels offer free previews of their content, and these specials are frequently and regularly provided through all major cable and satellite companies.

In part, free previews are a way for a network to promote certain original series or movies.

But from the perspective of the network and cable/satellite provider, the main goal of these free preview weekends is to hook you on interesting programming and convert you into a paid subscriber.

Obviously, if you’re watching your budget, and you want to keep your costs down, you’ll have to resist the urge to start paying for premium cable. Despite how tempting it might be, you can always say “No” when you get that inevitable offer to upgrade.

In the meantime, though, keep enjoying all those special, premium-cable shows for free.