The Money Coach Blog
May 27 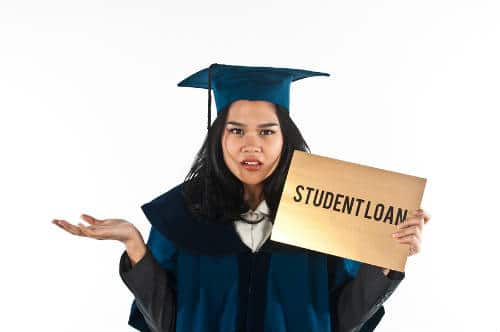 Are High Priced Colleges Worth It?

It’s a common dilemma for parents of high-achieving students: their kid has gotten into an elite college, or even an Ivy League school, but now it’s time to pay the bill.

For families who can’t afford to write the check, a common question emerges: is it worth it to pay for an education at a top college, or even to take out student loans if necessary to finance a college degree?

In my book, College Secrets, I share two different points of view from two successful college graduates, each of whom attended two of America’s most prestigious schools. Here’s what each college grad had to say about paying for high priced colleges.

Jaclyn Vargo is a Harvard University graduate, who started off as a pre-med student before switching fields and majoring in social anthropology. She left Harvard with a small amount of student loans.

Before and during her time at Harvard, Vargo competed in U.S. Figure Skating.

Both areas “exposed me to a class of people I would not have known existed — the 1%,” Vargo says.

“There were people whose parents were high-powered investment bankers and doctors, and those students had private drivers that would bring them to the skating rink. I grew up in the Catskills near Monticello where you had to go to the post office to get your mail,” she recalls.

But after performing well both on and off the ice, and acing various standardized tests, including New York state’s Regents exams, Vargo says, “I could directly compare my academic success with them and it made me realize I could be successful and that they were no better than I was.”

Vargo competed at the U.S. championships at the junior level. She knew early on that she wanted to have a long-term affiliation with professional skating, so she started trial judging on her 16th birthday, and got her first appointment on her 18th birthday.

College Debt Isn’t Worth It

Vargo says she appreciates her undergraduate experiences at Harvard, but she also believes that too many students go into debt because they are blinded by brand names when picking potential schools.
“You think you’re set if you go to a certain school. But that is definitely not the case,” she says. “I don’t think Ivy League schools or other top schools like Hamilton or Middlebury are the key to success. In fact, I think it can really hinder you if you walk away with a ton of debt,” Vargo says.

After Harvard, Vargo received her J.D. from Fordham Law School in 2003, where she was Editor-in-Chief of the Fordham Intellectual Property, Media & Entertainment Law Journal.

Upon finishing her schooling, Vargo served eight years as an Assistant District Attorney in New York County where she was a member of the Public Assistance Fraud and Domestic Violence units. Even while pursuing her law career, skating was never far from Vargo’s life. She received her national judging appointment and was honored to judge at the 2007 U.S. Figure Skating Championships, becoming the first African-American to sit on a panel at that event.

In 2011, Vargo became the Associate Director of Career Services and Diversity Initiatives at Brooklyn Law School, a position she held for several years.

Vargo’s message to students today is simple: Hard work and discipline are what count the most. “The college you attend is not a magic bullet,” she says. “You can be successful no matter what.”

Vargo’s story is just one out of many from students who have graduated from America’s most esteemed colleges and universities.

Paying for College Is Worth the Price

Other alumni say the pricier tuition at top colleges is worth the cost because of the resources and opportunities that elite schools offer.

For instance, Yunha Kim, a Duke alumna from the Class of 2011, credits the campus with helping her in numerous ways — including building her confidence, giving her international business exposure and even aiding her post-school efforts as a budding entrepreneur.

“My parents paid for my education and Duke was expensive. But it was definitely worth it. If I had to go to school again, I’d go back to Duke,” says Kim, who was born in Korea.

Kim says she was a shy teenager when she came to the United States, and attended a boarding school in Oregon.

At Duke, she majored in Economics and Chinese.

“I did four study-abroad programs while at Duke because I really wanted to leverage that time. I went to Florence, London, Beijing and New York to study. That helped me to understand different cultures and people’s work styles, and to become more confident,” Kim says.

“That was the best part of my learning experience at Duke. It was about the discipline and interacting with really driven people. At Duke, people were always talking about their passion, so it was great being in an environment where people were super excited about their work and had clear goals.”

Kim recalls a time when she was traveling with her parents in Florida and her car was vandalized. “They stole all my stuff, including my laptop,” she says. After the incident, she told one of her Duke professors what happened and Kim explained that, unfortunately, she was not able to do her homework as a result of the theft.

“He was so understanding. He said ‘I have another laptop.’ Then he just gave it to me. That kind of personal care really goes far,” she says.

Kim spent her college summers interning at McKinsey & Company and the United Nations before going on to land her first job at Jefferies as an investment banking analyst in the healthcare group.

Despite having good pay, nice colleagues and challenging work, it didn’t take long for Kim to realize that banking wasn’t her true passion.

So in March 2013, she quit her Jefferies job and started a Silicon Valley startup company called Locket, an Android lock screen application company that shows you ads and other content on your lock screen right before you unlock your smart-phone. Locket replaces your boring, standard lock screen images with stories and photos that you like, based on your interests, swiping habits, and the time of day.

“It’s been going really well. We’re always changing and evolving our product,” Kim says. Best of all, she adds: “I’m having so much more fun than before. I’m learning a lot. But because I want to do this, I’m more actively learning.”

Since she’s operating in the male-dominated tech world, Kim tries to take nothing for granted. She’s written about the pros and cons of being a young female running a technology start-up.

College Is an ‘Investment’ in Your Network

Kim is also quick to acknowledge that she’s leveraged her Duke connections.

To raise capital, “I started by pulling out the directory of Duke alumni, and I would just call everyone one by one,” Kim says. “Then Duke professors and alumni I didn’t even know introduced me to investors. That’s when I realized that this college education I got, that was so expensive, has given me huge returns.”

Sure enough, the first round of funding that Kim secured for Locket was from Duke alumni. More investors followed in late 2013 and 2014. Among them: Fierce Capital, LLC, the investment arm of The Tyra Banks Company. Locket has reportedly raised millions so far from a cadre of diverse investors.

“When you’re paying for tuition,” Kim says, “you’re also investing in your personal network and what happens outside of classes.”

The experiences shared by Vargo and Kim offer two insightful yet different perspectives on the relative merits of attending top U.S. educational institutions — and paying for them.

What are your thoughts about this topic? Would you go into college debt for yourself or pay tens of thousands of dollars for the chance to allow your child to attend one the of country’s top colleges or universities? Why or why not?