The Money Coach Blog
May 22 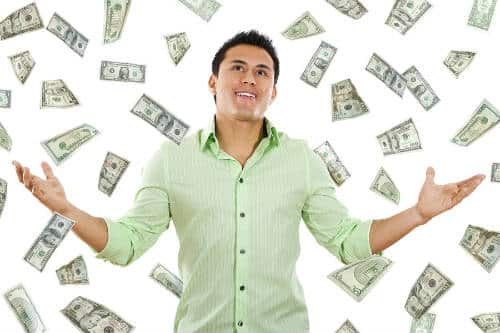 Given the staggering price tag of higher education today, the chance to get a “full ride” is no doubt appealing to many people.

It certainly was to me more than 20 years ago. Yet I turned down a “full ride” from an excellent graduate school in my early 20s — a decision I now regard as unwise on many fronts.

When I earned my undergraduate degree in 1991 from the University of California, Irvine, the total cost of attendance, including tuition, fees, room and board, was about $6,000 per year. That cost has now grown five-fold.

For the 2014-2015 school year, UCI charged $31,668 a year for in-state students living on campus and a whopping $54,546 annually for out-of-state students. (Costs at UC Berkeley, UCLA and other UC campuses are roughly comparable).

But it wasn’t really my time as an undergraduate that got me into college debt. It was primarily two years of graduate school at a private institution where I amassed big student loans.

Upon completing my undergrad studies, I was accepted at both of the schools to which I applied: Boston University and the University of Southern California. But the admission and financial aid processes varied greatly at each school.

From the very start, I felt like Boston University was courting me heavily.

Admissions officers corresponded frequently and warmly with me. The university accepted me right away in the regular decision cycle, leaving no doubt that they wanted me to attend what was then the only double-major program in the country offering a Master’s degree in both Journalism and African-American studies.

Then came the icing on the cake: BU wowed me with very generous economic support to make my educational dreams a reality. Its offer amounted to more than $25,000 annually in free financial aid — essentially a “full ride” to pursue my graduate studies.

In contrast, by the time USC finally admitted me, I remember thinking, What took so long?! Admissions officials made me sweat it out for such an extended period that I was almost certain I was going to be rejected. So by the time that acceptance letter came, I guess I was feeling somewhat relieved, perhaps even grateful — at least until I read USC’s aid package.

Unlike Boston University, USC’s financial aid package was loaded primarily with student loans. Essentially, the school seemed to be saying: “You can come if you want, but you’ll have to somehow foot nearly all of the bill.”

I didn’t know it at the time, but USC’s offer was part of the rise of so-called “financial aid leveraging,” a strategy that is all the rage now, despite some controversy over the practice.

Colleges use financial aid leveraging to attract those students a college finds most desirable (translation: rich kids or very high-scoring applicants) while simultaneously marginalizing and weeding out less desirable candidates (translation: poor students or those with less than stellar academic records).

Leveraging is often done by diverting need-based financial aid away from lower-income students and giving merit-based, institutional aid to wealthier or high-achieving students.

And as a result of financial aid leveraging, I was being “gapped”: offered admission, but with a financial aid offer that left a huge “gap” between USC’s cost of attendance and my ability to pay for that school. The only way possible for me to attend USC, campus officials knew, was for me to go into debt in order to pay for that education.

Regrettably, I was all too willing to take out student loans, even though I was flat broke.

Why I Turned Down a Full Ride

In hindsight, I am amazed that no family or friends really pressed me when I announced I was foregoing the full-ride at Boston University and opting instead to stay in the state and attend USC.

Honestly, I made the decision largely for personal reasons. I had been dating a man in Southern California and wanted to continue to the relationship. And when Boston University suddenly announced it was discontinuing the double-major program that intrigued me, that change gave me a convenient excuse to remain in L.A. and attend USC.

About a year later, I did marry that man I was seeing. In light of that, some of you may think: ‘Aha! It was worth it to stay in Los Angeles.’ Well maybe, maybe not. We subsequently moved to the East Coast, were married for 13 years, and then divorced.

I share this whole experience not to engage in a bit of TMI (too much information). I’m trying to point out:

Obviously, Boston U really wanted me. For a host of reasons, I was a very good fit for that campus, resulting in the school making me an aggressive offer. With USC, however, I clearly was not as desirable an applicant.

Sure, I had the goods to get in. But there’s a big difference between a school granting a student admission and then declining to provide that student with reasonable funding to make attendance possible.

Some people call the practice a form of “admit-deny.”

“Admit-deny is when you give someone a financial-aid package that is so rotten that you hope they get the message: ‘Don’t come,’” Mark Heffron, a senior vice-president at Noel-Levitz, a large college consulting company, told The Atlantic magazine. Unfortunately, “they don’t always get the message,” he added.

In my book, College Secrets, I reveal a lot more about the financial aid strategies that colleges use — and how you can avoid certain pitfalls in order to maximize free aid from an institution and get help paying for college.

Knowing what I now know, if any of my children ever tried to do the same thing I did and pass up a “full ride” to a great school — mainly so they could date someone — I would strongly encourage them to seriously reconsider.

Looking back at my overall education, my graduate school alma mater, USC, was a wonderful place to learn, and I really am grateful for the Master of Arts degree I earned in Journalism in 1993. I only regret the price tag.

Even so, USC received a record number of first-year applications for the 2015-2016 school year — 51,800 applicants in all — and the admission office admitted an all-time low of just 17.5% of those students.

The Role of the Common Application

Part of the school’s appeal is no doubt USC’s good reputation. But one factor in all those applications is also a major technological innovation that has greatly impacted the higher education application and admissions process. That innovation is the advent of the online Common Application.

In a nutshell: today’s students can now fill out an electronic Common Application and instantly apply to as many as 20 schools. And believe it or not, many students do just that. With so many students seeking admission to a variety of colleges and universities, that means dramatically increased competition — not just for admission, but also for financial aid.

A New York Times article forecast that the number of applications filed through the Common Application portal by the end of this decade could exceed 10 million — and the number of schools accepting it could grow to 1,000 or more.

Don’t let those statistics scare you, though.

If you or your child earn admission into the college of your choice, you can use the slew of strategies I outline in College Secrets to help you avoid breaking the bank – especially if you don’t get the full ride scholarship or if your child turns down a full ride.

Parents: sound off on this topic. Did any of your kids turn down full ride scholarships to college, and if so why? Also, how is your family now paying for college?