The Money Coach Blog
May 24 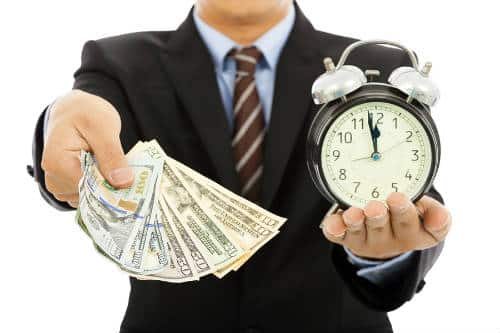 Tuition Discounts: How to Get Free Money From College

Many American colleges and universities provide tuition discounts in order to attract the applicants that they want most. The discount comes in the form of free money to cover tuition — like grants, scholarships or other merit aid from an institution that doesn’t have to be repaid.

Who gets these tuition discounts? It varies campus by campus. But generally speaking, there are four big factors that influence tuition discounting: a student’s talent or academic ability; his or her ability or willingness to pay for college; the college’s own resources; and the school’s institutional priorities.

If a college or university is trying to boost its “yield,” it’s also more likely to offer tuition discounts and to be generous with such discounts.

The number of students accepting offers of admission determines a school’s yield rate. So if 1,000 students get accepted to a given college, and 30% of them enroll, then that school has a 30% yield rate.

According to a recent study by the National Association of College and University Business Officers (NACUBO) on tuition discounting, private schools are more likely to offer discounts than public schools.

NACUBO’s latest available data show that, in 2012, the average private school offered a 44% discount off the stated tuition rate. In fact, among private colleges studied by NACUBO, 87% of entering freshmen in the fall of 2012 received tuition discounts in the form of institutional grants or scholarships.

For standout students, “Generally speaking, the lower the quality of the school, the better the award that top students will get,” says Lucie Lapovsky, who is an expert on tuition discounting.

There are two other important facts to know about tuition discounts.

First, ultra-selective schools like Harvard, Yale and Stanford are in such demand that they don’t discount their tuition — even for well-off students. Ivy League schools and certain other prestigious campuses boast such strong reputations that they don’t offer merit-based aid at all. Instead, these institutions only offer need-based aid to families with demonstrated financial need.

Secondly, tuition discounts are increasingly more likely to go to wealthier students than their middle-class or low-income peers. In years past, many schools offered institutional scholarships and grants to high-achieving, low-to-moderate income students who couldn’t afford to pay full tuition.

These days, institutional scholarships and grants are often given to students who actually can afford to pay full tuition but aren’t willing to do so. Thus, colleges use tuition discounts as a way to incentivize wealthier students to attend, knowing that those students usually have other college options.

“A student who can get into Harvard can snag a large discount from another school or is likely to get a high merit award because that school wants to improve its stats, in terms of average SAT scores and grades,” Lapovsky explains.

Such discounts may have the effect of attracting students whose families can be generous donors. Discounting in this manner also becomes a revenue-producing measure to bolster tuition dollars.

Look at it this way: assume a school charges $20,000 for tuition and the campus has $20,000 in grants to offer. It could offer a low-income student the full $20,000 via an institutional grant, and let that pupil attend college without worrying about tuition.

The net result is that, with the tuition discount, each of the four rich students pays $15,000, which generates $60,000 in revenue for the school. By contrast, the low-income student — who may bring a host of other benefits, positive traits and value to the school — would nonetheless not generate tuition revenue.

This policy of discounting in favor of more affluent students — also known as financial aid leveraging — has enormous admissions implications and is controversial in many educational circles. Whether or not you agree with it, it’s an increasingly common custom.

Ultimately, schools discount for two reasons: “to increase economic diversity and to shape the class that they want,” Lapovsky says.

How does tuition discounting promote diversity in some ways, rather than diminish it? The tuition dollars generated from wealthier students often go, in part, to help support scholarships and grants that cover tuition for low-income students.

How to Snag a Tuition Discount

As I explained in my book, College Secrets, if you want to get a tuition discount as a freshman, focus on specific types of schools:

By homing in on the latter three types of schools, you’re also more likely to be admitted into the college of your choice.

Colleges employ “enrollment managers” who use all kinds of complicated formulas to determine how much of a discount to offer different types of students.

One thing these enrollment specialists have found is that average-to-good students are typically more willing to enroll in schools — including high-priced institutions — even if they have to take loans out or pay more out-of-pocket to attend.

Needless to say, colleges take this into account when determining tuition discounts in any given year. You should do the same.

Negotiate an Even Larger Break on Tuition

If you get a tuition discount from an institution, you may be able to negotiate for an even larger price break than originally offered.

If you appeal an award due to your economic circumstances, let the school know about changes in your financial profile that may be significant, such as a job loss or divorce within the family.

You may also be able to subtly use another school’s financial aid award letter as leverage with another school. Some students say this is particularly effective with cross-town rivals, as well as with colleges in the same general peer group, in terms of reputation and quality of the institution.

Simply offer to send the letter that offers the most generous financial aid package you’ve received to the school you most want to attend. When you do this, let officers at your school of choice know that you’d definitely prefer to enroll there, but that their current financial offer would make it nearly impossible.

Knowing this, if a school really wants you, a financial aid officer may sometimes see something in the other award letter that justifies a bigger award, or a bigger tuition discount. But there’s no universal rule. Negotiating works at some colleges, and not at others.

The Role of May 1 College Decision Day

Finally, it’s also possible to use a strategy that I call “late enrollment” to get larger tuition discounts later in the admissions cycle.

May 1 is known as “College Decision Day” in the world of college admissions. That’s the date by which you are supposed to have evaluated your college acceptance letters and financial aid packages, and then give a deposit to a specific school, confirming that you’ll be attending in the fall.

Each year, some schools don’t fill all their seats as expected — meaning that fewer students than anticipated actually signed up for fall enrollment. So these schools with lower yields are actively looking for students past the May 1 deadline.

The NACAC provides a list of such schools yearly, and puts out the list around the first week of May. In 2015, the NACAC list contained the names of more than 300 schools of all kinds that missed their admissions targets.

By checking this list, you can usually find colleges and universities offering steep tuition discounts. If you find a campus on the list that you’ve applied to, they may be willing to offer you a larger tuition discount after May 1.

This strategy only works, of course, if you’ve not previously committed to that campus, or if you’re willing to change your mind and forgo any deposit you may have paid to hold your spot at another school. You could also apply to a school on the NACAC list after May 1 in hopes of a bigger tuition discount.

Lapovsky agrees that the closer you get to the May 1 deadline, the more leverage you may have in negotiating a tuition discount.

“Depending on how the school is doing, and where they are in the enrollment cycle, if enrollment is not meeting their goals, they’re very likely to give you something,” she says. But she suggests calling a school and trying to get that discount in April — prior to May 1.

As for trying to get a discount after May 1, it is possible, Lapovsky acknowledges, especially if you hadn’t applied to the school and are just applying for the first time.

“But I’m not sure that’s a strategy I would use,” Lapovsky says. She explains that students who apply after May 1 “are usually students who procrastinated.”

Even if you had a legitimate reason for not applying earlier — for instance if you had a medical emergency — an admissions officer will still want to know why you’re just getting around to applying. They may also assume that you’re applying so late because every other school to which you applied turned you down.

That may or may not be the case.

It could just be that none of the schools to which you were accepted offered you an affordable financial aid package. Whatever the situation, be prepared to explain yourself in your college application.