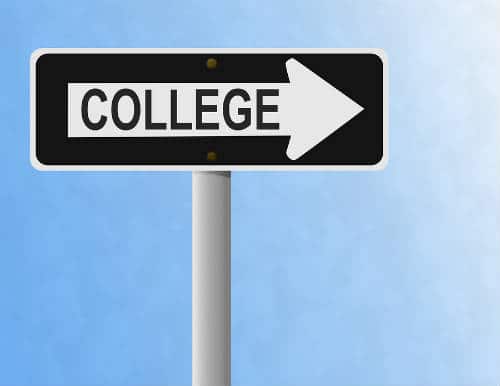 The Scoop On Getting College Tuition Waivers

Tuition waivers can offer an enormous savings for students savvy enough to track down and secure any waivers for which they qualify.

Waivers vary from college to college, often depending on whether you’re an in-state or out-of-state student.

But there are numerous types of waivers that are available either directly from public or private institutions, or based on benefits offered to state residents.

Among the most common categories of waivers offered by schools or states are waivers for veterans, teachers, or the dependents of higher education employees.

Waivers for Vets and Their Families

Contessa Dickson was grateful to learn of VA benefits when her daughter enrolled at Lamar University in Beaumont, TX a couple years ago. Dickson’s ex-husband had been in ROTC, and he was able to transfer his VA benefits to their daughter. She then used those military benefits to go to school at no cost.

“It paid for pretty much everything — tuition, fees, and books and supplies,” Dickson said of the VA-provided college aid. “I may have spent maybe $1,000 out of pocket. Room and board would have been covered too, but my daughter lives at home.”

“Some students even get VA stipends as well,” Dickson added.

Check your eligibility and apply for VA benefits at: http://www.ebenefits.va.gov. You can also go online to find out if you qualify for a number of VA educational benefits.

To know exactly what waivers or benefits a school might offer, visit its website or ask campus officials directly. Usually, the Office of the Registrar handles waivers. But in some instances, the admissions office or even the financial aid office processes waivers. So it doesn’t hurt to inquire at each unit.

You can also look on a state website to see the breadth of waivers available at the state level.

A good example of this strategy can be seen in the more than two dozen types of waivers offered to students attending public schools in Texas.

Some of these waivers are very unique, such as an intriguing option for entrepreneurs. Did you know that if your family owns a business and is considering relocating or expanding its offices in Texas, you can get an Economic Development and Diversification waiver?

As I explained in College Secrets, this incentive lets employees and family members of the business pay the exact same tuition at Texas public schools that state residents pay. With this waiver, out of state students get that in-state rate even without first establishing residency, so long as the business meets certain requirements.

There are other waivers too, however – such as those specifically provided as out-of-state tuition waivers to excellent students or those who’ve recently relocated.

Get an Out-Of-State or Non-Resident Tuition Waiver

A non-resident tuition waiver grants you a special exemption from paying out of state tuition rates. With this waiver, a student who isn’t a legal resident of the state nonetheless pays in-state tuition.

In certain cases, when a non-resident waiver is granted, schools require non-residents to pay resident tuition cost, plus a small surcharge. But that surcharge is always a fraction of what you’d normally pay in out-of-state tuition expenses.

One example of an institution that offers the latter type of program is Clark College, which provides non-resident waivers to U.S. citizens, permanent residents and refugees who have recently moved to the state of Washington. Clark is quite generous in allowing non-residents to readily qualify for its tuition reduction program.

According to the school’s website, an in-state resident is a person who meets the qualifications of citizenship mentioned above and who has been domiciled in the state of Washington for a minimum of 12 months prior to the beginning of the quarter.

However, those who meet the qualifications of citizenship listed above, but have been domiciled in the state of Washington for less than 12 months prior to the beginning of the quarter can still receive the non-resident tuition waiver.

In fact, you could live in Washington for less than a week and still qualify for this amazing tuition break.

Clark College states that “students who do not meet the legal definition of a Washington resident will qualify for this waiver as long as they are domiciled in the state of Washington by the first day [my emphasis added] of the term they plan to enroll. This waiver is available to U.S. citizens, permanent resident aliens, or eligible non-immigrant aliens with visa classifications A, E, G, I or K.”

To prove that you have moved to Washington and established domicile, you need only fill out Clark’s application for non-resident waiver, and supply at least one of the following pieces of evidence showing your new residency in the state of Washington:

Furthermore, after students have established Washington residency for at least 12 months, they can submit a Residency Reclassification application and appropriate documentation in order to be considered for in-state tuition rates at Clark College.

Even if you don’t see anything on the school’s website, you can still research whether the state in which the college or university is located has any special laws affording tuition waivers to specific types of students.

Out-Of-State Tuition Waiver and Scholarship Save Our Family $160,000

That waiver, combined with her scholarship, will save our family about $160,000 in tuition and fees over her four-year undergraduate education.

As you can see, tuition waivers are a great money-saver. Anyone on a budget trying to pay for college should inquire about various waivers at the school of their choice.