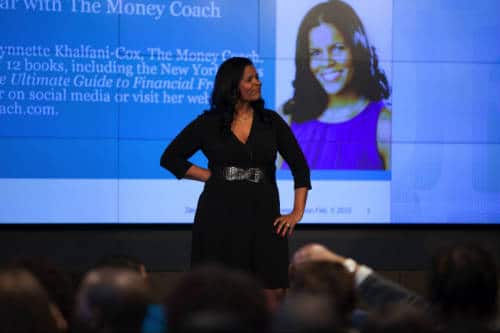 A Rallying Cry for Future Entrepreneurs

Millions of Americans would like to start their own businesses. But a lot of would-be entrepreneurs worry about the loss of a “steady” paycheck or giving up corporate benefits.

Well, what if I told you that I could help you address both of these concerns? In fact, what if I showed you how launching your own company could help you make far more money – and get even better benefits than you now have?

Would you be willing to take your shot as an entrepreneur?

If so, read on, because what follows may provide the inspiration you’ve needed to make the leap from employee to business owner.

Let’s be frank: A lot of employees are totally frustrated on the job. They complain about everything from inadequate pay and unfair bosses to office politics and crazy colleagues, when this happens is very important to have a executive coach.

But if you asked most of the people in the rat race why they continue to work 40, 50 sometimes 60 hours or more per week at a job they don’t like, you’re likely to hear answers such as: “I have bills to pay” or “I need to feed my family.”

That’s probably true for you too. Right?

Well, it’s a shame that the majority of those in Corporate America aren’t saying: “I work because I love my job.” No, most people work because they have to – and for the illusion of job and financial security.

As a result, scores of employees are stuck. They’re slaving away year after year at jobs that aren’t fulfilling them emotionally, professionally and financially.

This is especially the case for women and minorities, such as African-Americans and Latinos. But by no means are these groups the only ones disillusioned with Corporate America or feeling as if they’ve hit the proverbial “glass ceiling.”

In my work as a Money Coach, I talk to people of all incomes and races and I’ve discovered there is a universal sense of disenchantment among workers of all ethnicities and backgrounds.

Underpaid and Under Appreciated

So many people feel oppressed on the job, worn out by their work, beaten down by or distrustful of their supervisors, under-appreciated and underpaid, or just plain fed up at not being their own boss.

But don’t just my word for it. Consider these statistics:

Despite all this data, obviously not everyone working in Corporate America is stressed out by their job or dissatisfied with their workplace. On the contrary, some people enjoy their work immensely and are blessed with very happy, gratifying work environments.

However, if you’re among the half of all employees who want something different or better, you owe it to yourself to explore entrepreneurship and consider whether it might be right for you.

What about Job Benefits?

Well, here’s a newsflash that may shock you: Today’s entrepreneurs can readily create their very own benefits package, one that matches or even exceeds an existing package offered by an employer.

How is this possible?

For one thing, corporate benefits are a far cry from what they used to be.

Additionally, tax laws dramatically favor the entrepreneur over the employee. Accoring to successfactors, this translates into huge financial incentives and advantages should you launch your own business.

As any astute observer of corporate America knows, there is no such thing as corporate loyalty to employees anymore.

The notion of a generous, benevolent company that takes care of its workers for life – a concept popularized in the 1950s and 1960s — has long since been shattered in the wake of massive corporate layoffs, global mergers and acquisitions, and the constant drive for bigger corporate profits.

These modern realities of the business world make it easy to understand that no one in America should expect a paycheck for life from their employer. In fact, most employees today tacitly accept the idea that one of the hazards of working for someone else is that you could receive a pink slip just when you least expect it.

What most employees do not accept, however, is a far more serious and wide-ranging trend taking place all across the nation: the steady erosion of all meaningful benefits that have traditionally tied people to the workplace.

In public and private industry, in every sector of the workforce, employers are eliminating a host of employee benefits, or reneging on their promises to provide certain perks that were previously touted to attract workers.

Pension programs are closing. Retirement sweeteners, such as 401(k) plans with matching employer contributions, are being scaled back. Health care benefits are dwindling. Employed-sponsored educational assistance is on the decline. Moreover, workers are being asked to pay ever-increasing premiums for their medical benefits, disability coverage, and life insurance.

The decline of employee benefits in the U.S. workplace is a basic pocketbook issue that should be far more alarming to the average American than the fact that workers can no longer count on having a single job forever.

According to the American Benefits Council, which lobbies Congress on behalf of U.S. corporations, the employee benefits system faces numerous adverse trends, including:

A white paper from the Council summed up the problem this way: “There are clouds on the horizon of employee benefits. In almost every area – retirement income, active and retiree health and long-term care – the employee benefits system is headed for a crisis.”

Thankfully, you don’t have to stay stuck in an environment where your corporate perks and benefits continue to evaporate or get more expensive.

On the contrary, it’s fully within your power to opt out of this downward spiral, just by starting your own business and adopting the entrepreneur’s manifesto, which is “Live Free and Thrive.”

Let me first explain how launching a company positions you for far greater earnings – and far more financial freedom.

Then I’ll explain how small business ownership allows you to duplicate, and even improve upon, the benefits you’re getting in Corporate America.

No one can promise you that you’ll be successful as a business owner. In fact, half of all start-ups fail within the first five years, which is why entrepreneurship is best approached with a solid game plan. Using the free resources, business advice, mentoring and training offered by groups like SCORE can greatly increase your chances for success.

Once you give it a go, how much money you make as an entrepreneur is up to you – and dependent upon factors like your industry, your skills, the work you put in, and so forth.

What is indisputable, though, is that entrepreneurs are far wealthier than employees.

Thomas Stanley and William Danko, authors of The Millionaire Next Door, discovered that two-thirds of all millionaires in America are small business owners.

That extra money can help you live the life you want. You can take time off when you want. Maybe travel where and when you want. Spend more time with your family, save more cash, or simply stop stressing about a lack of money all the time.

Creating Your Own Benefits Package

But what about benefits?

Well, that 401(k) plan held out by companies as the ultimate perk for employees is also available to small business owners. And it’s way better for entrepreneurs.

No matter what you call it, this retirement plan lets you sock away money on a tax-advantaged basis, affording you the same treatment from Uncle Sam that rank-and-file employees and corporate executives get.

But solo 401(k) plans have far higher contributions – up to $53,000 in 2016 and $59,000 for those 50 and older. So your chances to boost your retirement saving are exponentially higher – and you save more in taxes too, since your contributions lower your taxable income.

Another nice things about the solo 401(k) is that these plans can only cover your spouse too: a big benefit if your spouse works in business with you. My husband and I have a solo 401(k) and we gladly stash away as much as we can every year.

You say you have a traditional pension plan at work? Well, a newly created “solo pension plan” also exists for entrepreneurs, and it’s far more flexible and it too allows you to save exponentially more money than you could as an employee working for someone else.

What about those health benefits, which have some of you still toiling away at jobs that you don’t like? It’s true that as an entrepreneur you have to pay for your own healthcare premiums. But you can also contribute to an HSA or Health Savings Account, which lets you pay for various medical expenses. Again, this is a very tax-favored account that reduces your adjustable gross income – so you ultimately pay fewer dollars to Uncle Sam.

Disability protection offered through most employers is so low as to almost be laughable. It typically covers 60% of your salary, and even that is subject to tax, so you wind up with about half of your pay if you suffer an accident, injury or disabling illness.

Life insurance coverage afforded via your job typically amounts to two to three times your salary. Financial planners agree that this is woefully inadequate for most people who truly need life insurance.

While estimates vary greatly, financial advisors suggest that you have life insurance anywhere from five to 10 times your salary. Even if you stuck to the low end of these recommendations, it’s clear that the coverage you’re getting from your workplace would not be enough to keep your family afloat in the event of your death.

You can get more insurance – at a reasonable price – independent of your job. As an entrepreneur, joining a trade group or professional association can help you get lower insurance rates too.

Finally, employers also offer education reimbursements. But a close look at this area suggests that most companies today are far less generous with this perk than in years past.

As a business owner, you can also write off certain educational expenses or set up a plan where you get tax-favored educational reimbursements too.

In short, as you can see, anyone making the leap to entrepreneurship can replace nearly all the benefits and perks offered by his or her current employer.

What’s Holding You Back Now?

For many of you employees, the workplace has become more of a prison of sorts, one where you’re trapped too – sometimes of your own doing. So why do you keep at it?

Bottom line: it’s usually the money and/or the benefits. And many times it’s not even that much money.

According to CareerBuilder.com, 35% of Americans in the workforce called in sick with fake excuses within the past 12 months. No doubt many of these people were on the prowl, looking for better-paying jobs – or maybe they were exploring how they might start their own businesses.

If you’re currently in a job that isn’t paying you what you’re worth, if you’re unhappy in your present position, or you simply have the itch to be your own boss, there’s never been a better time than the present.

No more excuses. No more unfounded fears about money and benefits.

If you’re serious about becoming a business owner, it’s time to craft your game plan, map out your exit strategy, then go for it.

Your life as an entrepreneur awaits!