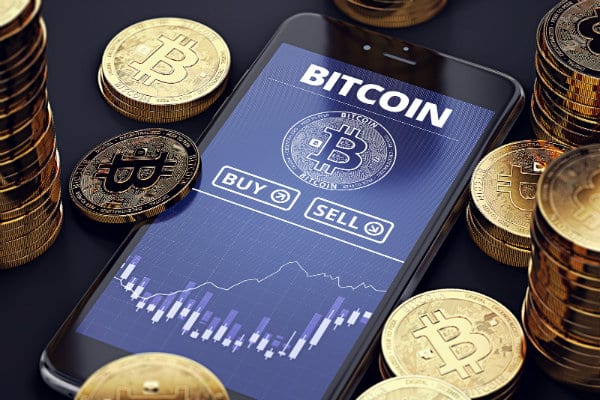 What Exactly is Bitcoin? 7 Facts About Bitcoin

Bitcoin became all the rage among many investors in 2017 – and even people who don’t regularly invest have gotten in on the action with this cryptocurrency.

If a friend has been telling you how much money he or she made from buying bitcoin, you may be wondering: Should I invest in bitcoin? or should I look at the Coinmama Fees and invest in those instead?

Some of you may also be thinking: What exactly is bitcoin anyway?

Well, before you plunk down your hard-earned dollars to jump into the bitcoin market, you should at least know some facts, and not just listen to all the hype.

Here are 7 facts about bitcoin, as well as some insights into deciding whether bitcoin is right for you.

Fact #1: There are no actual coins

Bitcoin is an electronic currency that exists only on the Internet. Bitcoin is money built online with “blockchains,” through a decentralized cash system that has no defined national barriers.

A blockchain is basically a digital ledger for anything and everything that has virtual value.

Other generic names for bitcoin include: crypto-currency, digital currency and even software currency.

Fact #3: Bitcoin is just one of many crypto-currencies

Even though bitcoin is super hot right now, it’s definitely not the only game in town. Some people favor other cryptocurrencies, like ethereum, which hasn’t seen the same explosive price gains as bitcoin, and therefore proponents say has better upside potential.

Besides bitcoin and ethereum, some other crypto currencies include: NEO, Litecoin, Monero, Dash and Zcash.

Fact #4: Supply and demand affects bitcoin, like all investments

If you’re wondering what’s driving the price of bitcoin, some of it – besides pure investor speculation – is the law supply and demand.

As you probably know, when an item has high demand but low supply, the price for that item will rise. That’s part of what’s going on with bitcoin.

By various estimates, there are roughly 16.7 million mined bitcoin, and as many as 20 million bitcoin overall, currently in circulation. And right now, there’s awful lot of demand, so that’s pushing up bitcoin prices.

Most people in the U.S. buy bitcoin from Coinbase. It’s a company that acts like a digital wallet. They let you connect your bank account to your Coinbase wallet so you can easily makes future payment transfers.

Coinbase also lets you automatically buy bitcoin buying at regular intervals. (This might sound like dollar cost averaging, but it’s not).

Fact #6: Bitcoin is definitely in a bubble

Right now everyone from Uber drivers and hairdressers to schoolteachers and cashiers are buying bitcoin – even though many of these folks have never previously invested a day in their life.

Still, bullish bitcoin advocates say bitcoin could hit $40,000 or even $50,000. Meantime, detractors argue that bitcoin is extremely over-priced, has no underlying value, and therefore its price trajectory is completely unsustainable.

Regardless of which viewpoint you believe, bitcoin meets the traditional definition of a “bubble” based on recent pricing and market trends alone.

Fact #7: The bitcoin market is tiny

Bitcoin is currently a $300 billion market – but that’s extremely small compared with other major asset classes. For example, compare bitcoin’s size to some other well-established assets that have been around for well over a century:

As you can see, bitcoin has a long, long way – some say impossible – to catch up to more established financial markets.

Now you at least know the basics about bitcoin.

In my next article, I’ll explain the pros and cons of investing in bitcoin to help you make a “yes” or “no” decision about purchasing this cryptocurrency.