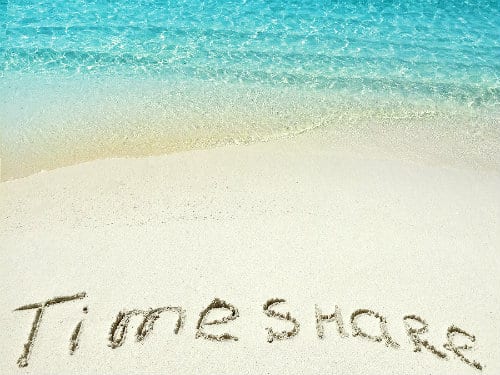 Should You Sell Your Timeshare?

Question: “I have two timeshares. Both are for 10 years. One I purchased in 2007, and the other one in 2009 at an interest rate of 13.99%. Should I consider paying off one, or continue paying off them both at the ten year period? Are they really bad investments? I’m seven years away from retirement”.

Answer: Well, my immediate thought upon seeing this question was that, first of all, a timeshare simply cannot be looked at as an investment. The timeshare model, the way it’s sold and pitched and marketed to consumers, certainly there are some individuals who will tell you that these are “great investments”, but really, nothing could be further from the truth.

Are Timeshares a Bad Investment

I’m not going to say this is a “bad investment” either, in terms in that you might have thrown your money down the drain. Because frankly, the timeshare itself is supposed to be a vacation getaway for you. It’s supposed to be a place of relaxation where you, your family, perhaps can enjoy yourself when you want to have some down time.

For some people, frankly, that’s priceless. I know I’m a great believer in the power and the rejuvenation of travel and about the benefits for that. But I caution you and anyone else against buying a timeshare with the idea in mind that you are going to resell it as you might do a traditional real estate property or some other commercial type of investment.

The fact of the matter is that really doesn’t happen as much as the timeshare industry would like you to believe. So when you are buying a timeshare, anybody, should first and foremost think about the value that you are going to get out of the timeshare, based on how frequently you will be able to use it and based on the cost involved in acquiring a timeshare.

You didn’t say to me specifically how much each one of the two timeshares cost you. You know, so I have no idea of knowing whether or not you have the financial wherewithal to go ahead and pay it off. I’m assuming, though, you might have some money tucked away. Or that you are going to come into a lump sum of money and so that you would be able to, in fact, pay it off without stretching the time period out for ten years.

If that’s the case, then, yes. I would say do go ahead and try to pay off those timeshares early. Don’t stretch it out for 10 years. Especially since you said that you are seven years away from retirement. The sooner you can knock out all kinds of consumer loans, whether that is for timeshares, finance, auto loans, credit cards, student loans, et cetera, the better off you will be.

I should also point you in the direction to a new group that was formed. It’s called the Licensed Timeshare Resale Brokers Association.  Basically, this is a group of licensed real estate brokers that promise to act with integrity and honesty in trying to sell your timeshare if you in fact do want to get rid of it.

They also help buyers, people who are looking to get in to a timeshare. But as you may or may not know, the timeshare industry is plagued unfortunately by a number of scam artist and fly‑by‑night organizations. Most of them will charge you an up‑front fee in order to try to sell a timeshare you want to unload. Groups like TUG, the Timeshare Users Group often tell people do not pay any upfront fees.

TUG’s  is a great resource for anybody who has a timeshare. But the bottom line is that you should know that this License Timeshare Resale Brokers Association says not only will we not charge you any kind of upfront fee, but will promise to deal with you with integrity and honesty and only charge a commission after your timeshare is sold.

They are going to put your timeshare up on the MLS, they say, and kind of market it in a similar way people do with their own homes, primary residences, et cetera. I have some high hopes for this group. Especially because they promise to act in good faith and to deal with consumers in an upright manner. We will see how everything pans out there.

Good luck to you in managing those finances and in dealing with your timeshares. Like I said, do feel free to make the money ‑‑ the effort to put some extra money towards paying them off before that ten year time period.