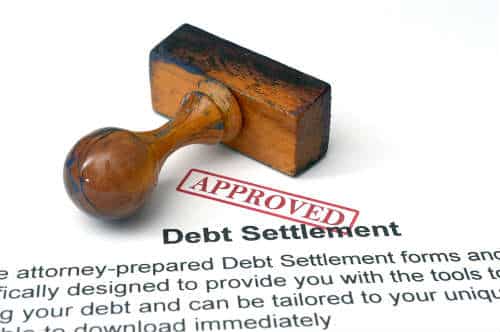 With the average U.S. household owing more than $10,000 in credit card debt, it’s no surprise that millions of consumers are turning to debt management companies or debt settlement firms to become debt free.

However, there are enormous differences between these two types of organizations. A good debt management company, such as the National Foundation for Debt Management, will offer free or low cost services, can help you preserve your credit rating, and will teach you to organize your finances and budget properly. It will also successfully negotiate with your creditors to give you financial relief.

By contrast, even with the “best” debt management companies, consumers often pay high fees, wind up with serious blemishes on their credit files, and receive little to no financial education.

Additionally, while many debt management firms tout “guarantees” about their work, in reality they have no way to ensure that their questionable techniques and unorthodox negotiating methods will ultimately be effective.

It’s little wonder then that the entire debt settlement industry is about to become heavily regulated, thanks to the financial reform bill President Obama recently signed.

Read on to discover the downside to using the services of debt settlement companies – and why using a debt management company is far more advantageous.

The Hit to Your Credit Scores

The primary reason that I don’t recommend using debt settlement companies is that they typically advise you to stop paying your bills for a few months – sometimes as long as six months or more. At the end of that period, the debt settlement company goes to your creditors and tries to negotiate settlements on your behalf.

The logic used by debt settlement firms is simple: They figure that after a few months of not getting paid, your creditors will be so eager to receive some money (instead of no money) that these creditors will gladly settle your debts for pennies on the dollar.

If only it were that easy.

The problem with this is strategy is two-fold. First, you wind up with serious black marks on your credit reports and you decimate your FICO credit scores. After all, just one late payment can drop your FICO credit score by 50 points or more. Imagine the damage done by being three to six months late on multiple accounts.

Another reason your credit takes a hit with debt settlement is that, when it is “successful,” your creditors agree to accept less than the full amounts owed (even though they will consider the balance as paid). The creditors often then turn around and report to the credit bureaus that your account was “Settled” or “Paid by Settlement” – which still tarnishes your credit records with Equifax, Experian and TransUnion.

Does Debt Settlement Work – Or Does is Backfire?

Additionally, there is no assurance that the methods used by debt settlement firms will work. Instead of caving in to a debt settlement company’s demands to let you pay, say, $30 for every $100 you actually owed, creditors may just decide to sue you, get a judgment against you, or garnish your wages. Needless to say, if any of these events happened, your financial situation and/or your credit would be worsened – not improved.

Rather than use a debt settlement company, a better strategy is to first try to negotiate directly with your creditors. If your efforts fail, and you can’t keep up with your bills, then it’s time to enlist the help of a credit counseling agency/debt management firm.

A good non-profit, HUD-certified credit counseling agency is the National Foundation for Debt Management. I’m a spokesperson for this organization, and I know that they do good work and are trustworthy.

When you enroll in a debt management program, your credit files do include a notation that you are participating in a DMP. However, taking part in a debt management program does not adversely impact your credit rating, nor is it a factor in how your FICO score is calculated, according to executives from Fair Isaac Corp., the creator of the FICO score.

Your credit rating also doesn’t suffer because you are paying back everything you owed in a typical debt management program. The cost savings come primarily from having late fees eliminated, and interest rates lowered – two key factors in helping you become debt free fast.

Obviously, costs vary for debt elimination programs. But $25 a month is a common monthly fee for many debt management programs.

Most debt settlement companies charge you in one of two ways:
•    a flat fee, which often runs $1,000 or more, and is based on how much money the debt settlement “saves” you by negotiating with your creditors

Thanks to financial reform, however, starting October 27, 2010, debt settlement companies will no longer be able to charge upfront fees.


Why Pay Thousands When You Are Already Thousands of Dollars in Debt?

Besides the fees cited above, it’s not uncommon for debt settlement firms to impose added monthly charges on their clients. These fees can be as low as $20 a month or as high $90 or $100 a month, depending on the company in question. Over time, therefore, consumers shell out several thousand dollars – on top of the initial fees charged – when they opt to go with a debt settlement firm.

By contrast, with a debt management company, they’ve already pre-negotiated in advance with your creditors.

So a debt management company should be able to tell you right away, for example, that your Capital One Visa card with an 18.9% interest rate will now be lowered to 7%; or that your department store charge card from Nordstrom, which was previously at 23.9%, will now be at 0%.

These are examples, of course, but it’s often the case that the pre-negotiated interest rates that debt management companies secure on your behalf will fall between 0% and 7%.


The IRS’s Viewpoint on Debt Settlement

If you enter into a debt settlement plan, one final hazard to be aware of is that you will have to pay taxes on the amount of money you saved.

Clearly, there are many pitfalls associated with debt settlement programs – from unexpected taxes to high fees and damage to your credit rating.

As a result, most consumers battling credit card debt and trying to become debt-free would be far better off seeking out the help and services of a reputable debt management firm.