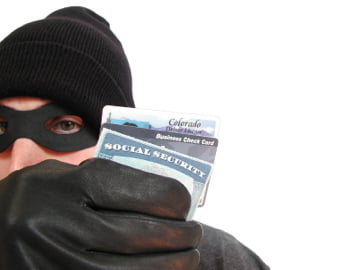 Identity theft claims more than 10 million victims annually in the U.S. alone, according to the Federal Trade Commission.

Even children are often subjected to identity theft, leading the FTC to recent warn parents about the increased risk of their kids being targeted during back-to-school season.

And just last week, authorities broke up the largest ever identity theft ring ever nabbed. Officials in the greater New York City area arrested more than 100 individuals and charged them with perpetrating at least $13 million in identity theft and credit card fraud on unsuspecting consumers.

Fortunately, there is a way to protect yourself and your family – in part, at least – from the financial sting of identity theft.

A handful of insurance companies nationwide offer identity theft coverage, including State Farm, Farmers, Allstate and Nationwide. The cost to buy this insurance ranges from about $25 to $100 a year and coverage usually goes up to around $25,000.

Since the average victim of identity theft spends about 200 hours and $1,000 cleaning up the mess brought on by this heinous crime, identity theft insurance reimburses you for a range of things like attorney’s fees, phone bills, and time lost from your job.

How Big a Risk is ID Theft?

Buying any form of insurance is really all about the numbers. The same is true for life insurance, health insurance, car insurance, and yes, even identity theft insurance.

When you purchase insurance, you’re making a calculated decision. You’re betting, essentially, that a given peril (such as having a car accident or being victimized by identity theft) may in fact happen to you (although you’re hoping that it won’t).

The insurance company that sells you the insurance is making a bet too. They’re betting that the danger or peril in question won’t, in fact, happen to you (and they’re hoping it won’t also). At the very least, they’re hoping that a specific danger won’t happen to too many of their insured clients.

Despite the odds of something happening, insurance companies know that in any given year, for any type of insurance, they’re going to pay out a certain number of claims.

The two big questions really are: who will file a claim and how much of a payout will that person be seeking? When it comes to identity theft, it’s almost a crapshoot on that first question.

Identity Theft Can Strike Anyone – Even the Rich and Famous

Anyone can be struck by identity theft, from the anonymous “Average Joe” to well-known celebrities and very rich individuals. Some famous people who have been victims of identity theft include:

The Odds Are You May Be Victimized Too

Clearly, identity theft is an equal opportunity hazard confronting us all. Concerning that second question, about how much in claims will be paid out, insurers have a bit more insight.

If the numbers on identity theft are to be believed, and current wisdom has it that about 10 million Americans succumb to identity theft each year, then that suggests the average person has a 3% chance of becoming an identity theft victim in any given year. So far, the “odds” work in the insurance company’s favor.

But when looking at those numbers over time, the numbers change exponentially. Those 3% odds grow dramatically each year, magnifying the likelihood of being struck by identity theft over a span of, say, 20 or 30 years.

In other words, the odds are actually fairly high that you will, at some point, be hit by identity theft. If and when it happens, that coverage could prove invaluable.

Getting Help in the Aftermath of Identity Theft

Alert the credit bureaus so they can put a notice in your credit files. Notify your local police department, so that you have a record of the contact the Federal Trade Commission (877-ID-THEFT or www.ftc.gov), and seek help from the Identity Theft Resource Center (858-693-7935 ) in San Diego.