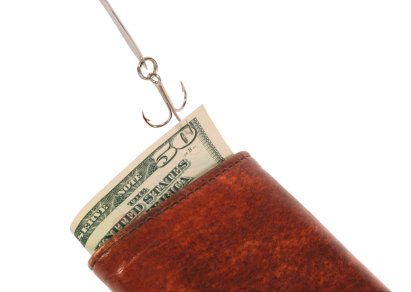 New Bank Fees Are Coming: Here’s What to Expect 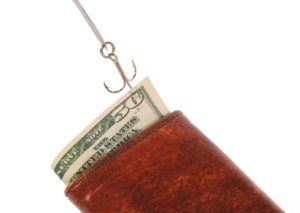 Consumers scored a victory recently when Bank of America and a host of other banks decided to forgo charging fees on debit cards. But that doesn’t mean Americans won’t face other new fees and unexpected charges by the banking industry.

Here are several ways that U.S. banks are likely to sneak in new fees – and start squeezing money out of their customers in order to pad banks’ own coffers.

Think the interest you’re earning on your savings or money market account is pitifully low right now? It could get worse in the future if banks further decrease their deposit rates as a way to save money and, in effect, boost revenue.

According to Dan Geller, founder of Market Rates Insights, banks could lower their deposit rates by a scant 0.01% per month and still produce nearly twice as much in interest-expense savings as the new fees on debit cards would have generated.

By Geller’s calculations, a monthly decrease of 0.01% in the national average deposit interest rate reduces interest expense for banks by about $1.5 billion a month, which impacts a bank’s bottom line in the same way as earning this amount through fees.

And that $1.5 billion in monthly savings is far more than the potential $875 million banks stood to gain in monthly debit card fees.

In 2010, banks already lowered their interest rates by an average of 0.01% a month. So financial institutions that choose to progressively drop rates again in late 2011 or 2012 can simply say that they’re continuing a “normal” business practice as part of operating in a low-interest environment.

But make no mistake: by lowering the interest rates they pay on your savings, “banks can maintain a healthy net interest margin and protect their bottom line in the next two to three years until the economy recovers,” says Geller. “Better yet, this objective can be achieved with minimal effort and, most importantly, without alienating customers.”

In recent years, late payments on credit cards have averaged about $35. One possible way for banks to increase their income would be to slap delinquent customers with even bigger late-payment penalties.

That’s a potential scenario, but not as likely as fees that are under the radar of the average consumer.

For instance, credit card issuers might impose foreign currency or transaction fees when you use a credit card out of the country, or they may charge a fee on a rewards credit card when you redeem a “free” airline ticket, says Curtis Arnold, founder of CardRatings.com, a credit card comparison site that helps consumers find the best deals on credit cards.

“They may even start charging for the printed statements that you get in the mail under the guise that they’re trying to be environmentally friendly,” says Arnold, noting that “banks are very creative.”

“The public outcry over rising fees has become such a toxic issue and it generated such buzz in the media that I expect banks to regroup and figure out what to do next. They’re not going to just lay down and take this,” Arnold adds. “They’re going to fight back.”

Arnold’s advice: Be on guard and constantly read the fine print of your credit card and banking agreements. Also, even though the new Consumer Financial Protection Bureau will be a watchdog for consumers Arnold says “we shouldn’t trust regulators to be our life preservers.”

Despite many claims about “free checking,” the truth is that most checking accounts cost consumers dearly. And those checking-related fees may rise as banks look to make up lost revenues.

Already, the average banking account customer who doesn’t meet minimum balance requirements pays an average of $5 to $12 per month for a checking account, according to a September 2010 research report from JP Morgan Chase.

So it’s not far-fetched to think that this trend could be magnified in the future.

In the meantime, however, the fact that BofA, Wells Fargo, Chase and other banks have abandoned their plans for debit fees “should give us hope as consumers for what we can accomplish if we work together,” says Arnold. “This is a great victory and it demonstrates that we can fight back against big banks.”