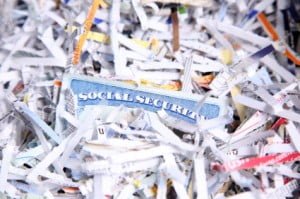 Add this to the list of reasons you should stay away from payday lenders: they might not handle your personal information very carefully, putting you at risk of identity theft and other problems.

In fact, your personal data – everything from your Social Security number to your bank account number – may have been dangerously exposed if you got a payday loan over the past four years from one of 300 or so payday lenders nationwide.

How did this problem come to light?

Well, the Federal Trade Commission says two companies that own and manage scores of payday lending and check cashing stores have settled FTC charges that those businesses tossed sensitive consumer data into trash dumpsters – without regard to who might get their hands on that information.

According to the FTC, since January 2009, PLS Financial Services, Inc., and The Payday Loan Store of Illinois, Inc., failed to take “reasonable measures” to safeguard the information of consumers who got payday loans or had their checks cashed.

Other information that was recklessly put out in the trash by these companies included consumer’s addresses, telephone numbers, birth dates, driver’s license numbers, and cancelled checks.

Those companies have now agreed to pay $101,500 to settle Federal Trade Commission charges that they violated federal law by allowing all that sensitive consumer information to be tossed into trash dumpsters.

The FTC alleged that the companies involved broke several laws, including the FTC’s Disposal Rule and the Gramm-Leach-Bliley Safeguards Rule and Privacy Rule. The latter requires financial institutions to create and use safeguards to protect consumer information, as well as to deliver privacy notices to consumers.

Additionally, the FTC charged that all three defendants violated the FTC Act by misrepresenting that they had indeed implemented reasonable measures to protect sensitive consumer information, when in fact they had not.

This is the third time the FTC has charged a violation of the Disposal Rule, which took effect in 2005 and requires that companies dispose of credit reports and information derived from them in a safe and secure manner.

These violations also didn’t occur at just one payday lender, or in a single state.

According to the FTC complaint, PLS Group owns about two dozen operating companies, such as The Payday Loan Store of Illinois, that in turn own and operate more than 300 retail stores in at least nine states under the names PLS Loan Stores and PLS Check Cashers. The states include: Alabama, Arizona, California, Illinois, Indiana, Mississippi, New York, Texas, and Wisconsin.

Violations Hit the Unbanked the Hardest

In other words, these businesses offer the full litany of financial products and services used by “unbanked” consumers – people who don’t have traditional banking relationships, or those who simply choose not to deal with mainstream banks and financial institutions.

(If you’re trying to pay off payday loans, see my advice on 7 Ways to Get Rid Of Your Payday Loans).

It’s a shame that the unbanked already pay a lot more for the financial products and services they use in places like payday loan centers and check cashing stores. Now, apparently, these consumers have to worry about their personal information being mishandled or misused as well.

The good news is that the FTC is aware of such problems and is working to protect consumers – and not just those who use payday lenders.

“This is an area where the FTC is very concerned because so often this is the type of information (breach) that can lead to identity theft,” Kessler adds.

Fortunately, the FTC isn’t alone in keeping a watchful eye over payday lenders.

And the CFPB is no doubt taking note of cases like these, and will hopefully come down hard on payday lenders that violate the law and the