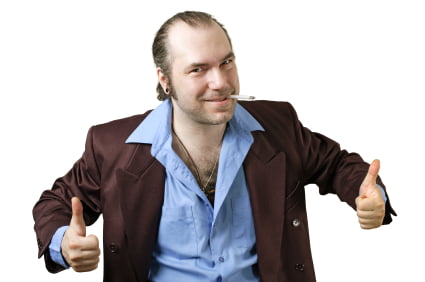 Tax fraud is on the rise, according to federal authorities.

In other cases, bogus tax preparers will collect sensitive personal information from unsuspecting taxpayers – and then sell the data to make a quick buck.

So what can you do to avoid such scams this tax season? Unfortunately, there are no 100% foolproof ways to thwart identity theft and tax fraud.

But there are some practical steps you can take to greatly reduce your risk of being victimized.

Adam Levin is a privacy expert and the chairman of Identity Theft 911. He suggests the following four tips to help you beat con artists and avoid ID theft, tax fraud and related tax scams.

Tip #1: Stop carrying your Social Security card or in your wallet

If your purse or wallet contains your Social Security card, you’re asking for trouble.

Should your wallet get stolen, or even you briefly leave your purse unattended (at work, at social events, etc.) all a crook needs to do is get a peek at your Social Security number and write it down. They don’t even have to steal the card; so you might not know anything is amiss.

But just like that, you’ve given a criminal easy access to your SSN, which the most important element he or she needs to make you the victim of identity theft.

Be careful too about other cards you keep in your wallet, like Medicare cards or other cards that may include your Social Security number.

“Find a way to bifurcate the (Social Security) number, or black it out,” Levin suggests.

Tip #2: Keep your tax data safely stored and in a secure location

Levin points out that many people put all kind of sensitive tax data on their home or work computers – and then they fail to safeguard the information in any way.

“They don’t encrypt their computer or store it in a safe location. They finish their work and just leave it there. But if this stuff is sitting there, someone could easily come along and steal your data,” Levin says.

“Never ever store tax files on the cloud or an Internet drive or your own desktop,” he adds. “Save it and encrypt it in an encrypted thumb drive.”

It also helps to use strong user names and passwords.

Doing your own taxes can be complicated. So it’s understandable to want to use an expert or a paid tax preparer to fill out all those IRS forms.

But tread carefully if you’re using a mom and pop tax firm or some local business that you really don’t know.

“There are fraud rings that actually operate as if they’re legitimate tax preparation companies,” Levin notes, explaining that these firms will often emerge “like a pop up store” just in time for tax season.

“The problem is people go in to get their taxes done and they give up their information, but a few days later these businesses leave,” Levin says. “That’s pretty scary,” because it’s not until weeks later – typically when taxpayers haven’t received a refund check – that customers realize the sham company isn’t even there anymore.

To avoid this fate, stick to better-known tax preparation businesses. Also, before doing business with any company you don’t know, be sure to check out the organization with the Better Business Bureau.

You might enter the URL or website address of a business you think you know, but fraudsters who want to collect a lot of people’s Social Security numbers have been known to re-direct consumers to clone sites.

“Then people think they’re working with a legitimate tax preparer and they’re not,” Levin says. “So you really need time to do your time and pick the right tax company.

If a person chooses convenience over security, that’s when you run into trouble.”

Tax scammers know that 1099 forms, W2s and tax refund checks all start showing up in your mailbox this time of year. “Thieves hit the lottery if they get one of those,” Levin says.

Generally speaking, you probably have a pretty good idea of when your refund should show up. That’s also a time you might find out that you’re a victim of tax or ID theft – if someone succeeds in stealing your refund check or if they’ve already used your Social Security number and the IRS is now notifying you of it.

So make a point to regularly greet your mail person.

“Some people say to ‘stalk’ your mail carrier,” Levin adds with a chuckle. In all seriousness, he adds: “You need to make sure you or someone else is there to get the mail. Otherwise, have a locked mailbox. This one thing alone is worth buying a locking mailbox.”

An even better alternative, Levin recommends, is to always opt for direct deposit tax refunds.

“This way,” Levin says, “at least thieves won’t be able to get your refund in the mail.”