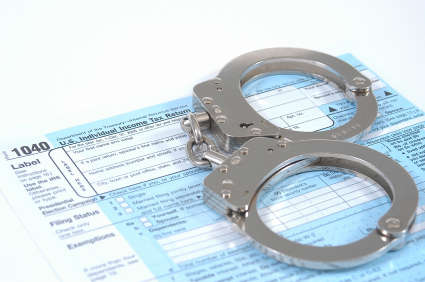 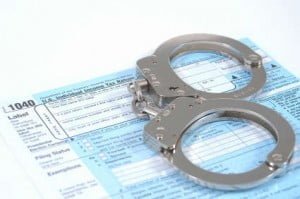 The IRS recently issued a warning to taxpayers to protect themselves from some of the latest scams during tax season.

This tops the list for 2013 as scam artists are going to great lengths to obtain their target’s personal information – including a Social Security number – so that they can use it to file a fraudulent return and claim a refund.

This type of scam usually occurs by sending unsolicited emails and redirecting recipients to fake websites that request personal information. The IRS warns that any unsolicited emails that appear to be from the IRS or an organization linked to the IRS should be reported to phishing AT irs.gov.

While the majority of tax return professionals preparing tax returns for their clients do provide honest services, some prey on the unsuspecting client and will steal personal information to prepare a fraudulent refund. Make sure you’re working with a reputable tax preparer when you do decide to get help.

Some individuals make attempts to evade taxes by hiding money in overseas banks or brokerage accounts and will use wire transfers to access funds. Others might be a part of employee-leasing schemes or employ foreign trusts. The IRS performs thorough investigations to make sure these individuals are paying required U.S. taxes and works closely with the Department of Justice (DOJ) to prosecute tax evasion cases.

Schemes that promise refunds to people who have no income or very little income, and refunds to file a tax return with little or no documentation, are appearing at community centers and churches around the country. Scammers target low-income individuals and the elderly with false promises of free money. Others set up schemes promising non-existent Social Security refunds or rebates.

In the wake of major disasters, scam artists are attempting to impersonate charities to obtain private information or money from unsuspecting taxpayers. They may solicit money or financial information with phone calls or emails and some even claim that they are working on behalf of the IRS.

Including income that was never earned in order to maximize refundable credits such as the Earned Income Tax Credit can result in penalties and even prosecution. Some taxpayers file excessive claims for the fuel tax credit even though they were not eligible for it.

Some individuals have made refund claims based on the theory that the federal government is maintaining secret accounts for U.S. citizens and that taxpayers can gain access to these accounts by issuing 1099-OID forms to the IRS. The IRS reports that this is an ongoing scam and warns people to avoid claiming deductions or credits that they are not entitled to.

The IRS reports that promoters of frivolous schemes often encourage taxpayers to make unreasonable and sometimes outlandish claims to avoid paying taxes owed. These arguments are false and have been thrown out of court.

Filing a return containing false information in order to lower taxes is illegal. Taxpayers that use Form 4852, a substitute Form W-2 or a corrected Form 1099 to improperly reduce taxable income to zero are breaking the law and will be subject to penalties.

Some people improperly use employer identification numbers to form corporations that obscure the true ownership of the business. They then underreport their income, claim fictitious deductions, or avoid filing tax returns altogether. Some are even part of money laundering schemes and are committing financial crimes.

Promoters of this scheme urge taxpayers to transfer assets into trusts in an effort to reduce income subject to taxes, and to claim deductions for personal expenses and reduced estate or gift taxes. However, these trusts typically don’t deliver the benefits promised and are usually used as a method to avoid income tax liability.