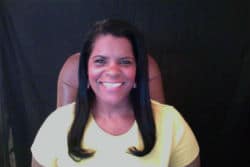 Video: How Your Bankruptcy Will Impact Your Future Spouse’s Credit

A subscriber to AskTheMoneyCoach.com is getting married, but recently filed for bankruptcy.

The person wants to know how her bankruptcy will impact her future spouse’s credit report.

According to recent data from the American Bankruptcy Institute, there were 1.2 million personal bankruptcy filings in the United States in 2012.

If it’s increasingly difficult for you to cover all your bills, you find yourself using credit cards to pay for basic necessities, or you’re currently considering any type of debt consolidation program, you may be on the road to bankruptcy.

However, there are several other reasons why some people end up going bankrupt – and sometimes it’s linked to factors out of their control.

If you’ve been involved in any type of serious accident or have mounting medical bills due to illness, you may be at risk for financial problems that lead to bankruptcy.

Excessive medical expenses are the number one cause of bankruptcy and account for nearly two-thirds of all personal bankruptcies, statistics show.

Even though the majority of people filing for bankruptcy due to medical bills have health insurance, their out-of-pocket expenses still end up being too high.

Job loss is another reason why many Americans file for bankruptcy.

Many people simply have insufficient emergency savings and end up depending on their credit cards to pay their bills while they’re out of work.

Laid-off people are also at risk of losing their health insurance benefits from their employers.

Thus, the unemployed may run into both medical problems and personal expenses that they can’t afford to pay.

A divorce or separation typically involves some loss or division of income, the splitting of marital assets, not to mention legal fees.

When you add it all up, those costs can be too much for some people to bear. So the breakup of a marriage or a serious relationship can also lead to bankruptcy.

Even though a significant other may be providing child support or alimony after the divorce, the amount might not be enough to cover basic expenses and additional household costs incurred after the separation.

So even those people who initially seem well supported after a divorce may wind up filing for bankruptcy protection to financially recover in the wake of a marital breakup.