The Money Coach Blog
May 21 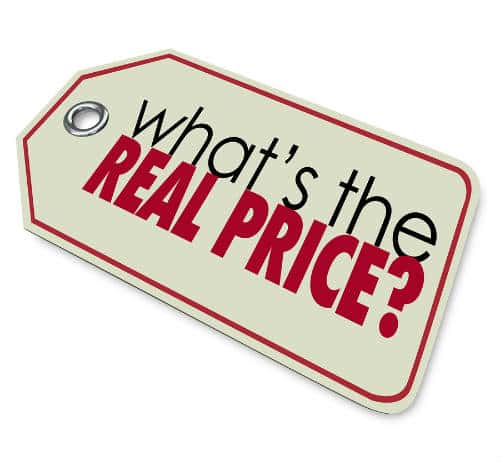 The Shocking Truth About College Tuition

Rising college tuition can strike fear into the hearts of families looking for ways to cut college costs.

But a lot of the fretting and handwringing by students and parents over tuition and fees is largely misplaced angst.

In fact, one of the least understood secrets of paying for college is that in many ways college tuition is largely irrelevant.

I know this assertion may seem counterintuitive, perhaps even baffling or ridiculous. But for many reasons, it’s an enormous mistake to focus on a college’s published tuition price when you’re trying to effectively manage total college costs.

For starters, according to the College Board’s latest Trends in College Pricing report, tuition and fees account for only 39% of the total expenses paid by in-state college students enrolled in public four-year institutions.

That means the remaining 61% of costs — a big majority — were actually non-tuition expenses.

The single biggest out-of-pocket cost for many students is actually living expenses, namely their room and board. Other “extras” can drive up living expenses too, like eating out, having a car on campus, and a student’s hobbies, recreational and extra-curricular activities.

So if anything, it’s the lifestyle or living expenses category of expenditures where students and parents need to be most concerned.

(Related: Why having a car on a college campus is a horrible idea).

Evaluating colleges and higher education costs based mainly on tuition also leaves you vulnerable to the financial tricks that some colleges play. For example, to avoid student backlash over annual tuition hikes, some institutions may raise tuition prices only slightly or perhaps not at all.

Meanwhile, those same campus officials are drastically boosting other costs.

If you’re not careful about such shenanigans, and you take your eyes off all other rising expenses, you’ll wind up forking over a lot of unanticipated money — far more than the tuition hikes you so desperately feared.

On average, U.S. colleges discount their stated tuition rates by about 44%, the National Association of College and University Business Officers says.

Colleges discount tuition by providing students with institutional funds — like grants and scholarships — that don’t have to be repaid. Some institutions even routinely knock off 50% or so of the tuition bill.

“At private four-year schools, students are paying about half the sticker price,” says Lucie Lapovsky, an economist and expert in higher education finance, who is also the former president of Mercy College.

From the standpoint of finding the best college fit, ruling out certain institutions just based on their stated tuition often leads to poor college decision-making. But scores of students do this all the time.

In fact, a whopping 60% of students rule a school out based on price alone, data from Sallie Mae shows.

One by-product of that knee-jerk reaction to price is that high achieving low-income and middle-class students who focus excessively on college tuition often “undermatch” and fail to even apply to the top schools for which they are academically qualified. These same institutions typically have greater resources and offer better financial aid, making their net costs more affordable.

That student may automatically assume that his or her state school, Rutgers University, will be a better bargain than Princeton University, because Rutgers’ 2014-2015 basic tuition price was $10,954 at its main New Brunswick campus, while Princeton’s hit $41,820, almost four times Rutgers’ price.

What this student probably won’t consider, however, is that his or her out-of-pocket expenses are likely to be lower at Princeton than many public schools.

Thanks to a huge endowment and generous financial aid policies, Princeton can afford to offer substantial need-based aid that doesn’t have to be repaid. For example, the average financial aid grant at Princeton covers 100% of tuition, and the school has a “no loan” policy in awarding financial aid.

Strategies to Reduce Tuition and Help Pay for College

As I explain in my book, College Secrets, no matter what a school’s sticker price, there are a multitude of strategies that students and their families can use to either greatly reduce tuition costs, or in some cases eliminate tuition all together.

My family is living proof of this.

Just before the 2015-2016 school year begins, my oldest daughter will leave our home in New Jersey and start her first year of college at the University of Texas at Austin. By the time she graduates in the spring of 2019, we will have saved about $160,000 in tuition expenses alone, thanks to two strategies I recommend in College Secrets – targeting the right schools for merit aid and getting out-of-state tuition waivers.

College Secrets describes in detail two-dozen ways students can eliminate or lower tuition, as well as get help paying for college tuition.

So believe me when I say that it’s to your advantage to understand that college tuition shouldn’t be the sole financial consideration in your college selection process.

School tuition is just the tip of the iceberg. My advice: Know how to cut tuition, of course. But don’t just focus on tuition; scrutinize everything else when it comes to paying for college.

By understanding this concept, you’ll fare much better in finding the right institution and managing total college costs for you or your child.