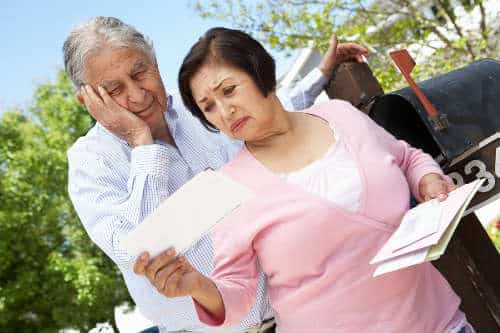 If you settled a credit card debt last year, by paying less than originally owed, the debt settlement company probably didn’t tell you this, but the IRS will: You likely owe taxes on the amount of debt that was forgiven.

Anytime a bank, credit card issuer or financial company writes off $600 or more worth of your debt, they have to send you a 1099-C, Cancellation of Debt. They also send that same form to the IRS, so Uncle Sam knows which debts you got away with not paying.

And here’s the catch: the IRS considers most forms of forgiven consumer debt to be taxable income to you.

“Most people don’t pay attention to the tax consequences when they are  settling their debt,” says Bill Hardekopf, CEO of LowCards.com and author  of The Credit Card Guidebook. “They are just trying to figure out how to survive. The additional tax bill is usually an unwelcome surprise.”

There are exceptions to the rule, however, and in some cases you won’t have to pay taxes on forgiven debt.

Two big exceptions, according to the IRS, are if you were financially insolvent or you filed for bankruptcy protection. In such cases, that written off credit card debt is not taxable.

Another exception: if you were among the scores of homeowners who got a 1099-C for mortgage debt that was forgiven – after a foreclosure, short sale or loan modification of your primary residence – then that debt is also not taxable, thanks to the Mortgage Forgiveness Debt Relief Act of 2007.

But the prospect of getting a big tax bill after you’ve settled a credit card obligation is just one of the dangers of debt settlement. It’s also one reason that I advise consumers to stay away from using debt settlement for debt relief.

But if you don’t know any better, I know it’s hard to resist those commercials on TV or the radio and those online ad promising to help you get rid of most of your credit card bills with debt settlement.

At least you know better now.

And you can get even better educated on this topic if you check out IRS Publication 4681, Canceled Debts, Foreclosures, Repossessions, and Abandonments (for Individuals).

You’re also not alone in dealing with the issue.

The IRS expects to receive 2.8 million 1099-C forms in 2011 and another 3.1 million in 2012 – proof that debt-ridden Americans grappling with foreclosure and credit card bills are increasingly trying to get from underneath their financial burdens.

A: Since this is such a specialized tax matter, we asked CPA Gregory Lauray for his advice. Here’s what he had to say:

Debts forgiven pursuant to a bankruptcy action are not considered taxable income.  However, the debtor must reduce certain tax attributes (i.e. net operating loss carryovers, carryovers of general business credits, capital loss carryovers and etc.) in the amount of the debt forgiven.

In effect, this means that the bankrupt individual will pay the taxes on the debt forgiven by either losing certain tax benefits and/or increasing gains on certain assets if they’re sold later.  The divorce effectively makes this your ex-wife’s debt forgiveness since she effectively assumed the mortgage pursuant to the divorce decree.  You’ll want to be ready to prove that if the question arises.