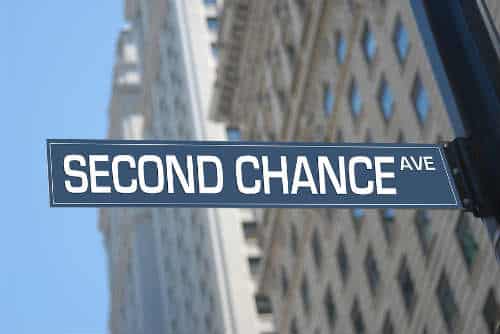 Just by talking to her, you wouldn’t know that Vivian Nixon is an ex convict.

Confident, articulate, and now pursuing a Master’s Degree in Theology, Nixon seems more likely to have spent time in a church worship hall rather than a prison hall.

But it wasn’t always that way.

Many years ago, she got into legal trouble and wound up with a felony conviction.

Nixon won’t say much about it — other than to note that she spent three and a half years in prison for a non-violent offense.

She now runs the College and Community Fellowship in New York, which helps female ex-inmates successfully reintegrate into society by bolstering their educational and economic opportunities. In her present role, Nixon encourages former prisoners not to dwell on their past — even as Nixon acknowledges her own atypical background.

“People have this idea of what the typical prisoner is: someone uneducated, poor, from the inner city or a rural area,” says Nixon. “For the most part, it’s true — but not everyone fits that profile.”

“I lived in a nice suburban community. I had a two-parent household, a great school system and a good education,” she recalls. Yet she still ran afoul of the law.

Once in prison, however, “I met women who could barely read and write and that had an impact on me.”

“It sent me into a period of intense self-introspection and I thought ‘Look at all the opportunities I had, and all my parents tried to do for me.'”

“For a year I was consumed with guilt,” she says. “After that, I decided that my role should be to have an impact on the lives of others while I was there.” So in prison, Nixon started helping people learn to read and tutoring inmates who wanted to earn a GED.

“I had dropped out of college, so I made a commitment to finish college as soon as I got out,” Nixon says.

It was a goal she achieved, earning a B.S. in Human Services Administration.

Though she has largely overcome her criminal past, Nixon says she and other ex-offenders still deal with the “collateral damage” of having a felony conviction.

Many also are cash-strapped because they must pay court fines, fees and restitution tied to their crimes.

1. Increase Your Education as Much as Possible

“There are no more jobs for people who don’t have an education,” Nixon says. “They don’t exist.” Therefore, she recommends getting as much education as you can in order to increase your career options, and to make the cut for those employers who screen out job applicants lacking a high school diploma or a college degree. And in an increasingly competitive job market, many employers consider a college degree a minimum requirement.

2. Take Control of Your Finances

Start by opening a checking or savings account. If you’ve had credit or debt problems, seek a HUD-certified credit-counseling agency or a reputable debt management firm. Work on improving your credit, controlling your spending and saving whatever money you can. If you had student loans that went into default, start the process of rehabilitating them.

“Since you’re starting over already, why not start over financially as well?” Nixon asks, adding that ex-inmates must be committed to living within their means. “Some people come out trying to wear Gucci and Louis Vitton,” Nixon says. “Come on! You just got home from prison. This is the attitude that got you into trouble in the first place.”

3. Change Your Circle of Influence

According to Nixon, a lot of women who’ve been incarcerated feel like they’ve somehow “betraying” people if they choose to now change their circle friends and associates. “They don’t want to say ‘My life has taken a different direction’”. But “you can not continue to hang around the same people who influenced your life before you went to prison,” Nixon cautions. Doing so, she warns, is a recipe for disaster.

Instead, hook up with “positive, productive individuals and people with direction in their lives. If you go back to the same old circle, you’re going to get pulled into it,” Nixon says.

Even though the unemployment rate for ex-prisoners is a staggering 50 percent, former prisoners can find gainful employment. And having a decent job is perhaps the top way to keep ex inmates from breaking the law again.

When seeking a job, dress professionally — or properly for the position you’re seeking. “Use good English, be polite and courteous, and have a sharp resume,” Nixon says. She also suggests that you try to have a phone interview first, and that you put your best foot forward during that phone interview, helping to create a great first impression. This is critical because once you fill out a job application, you will likely have to reveal your felony conviction, if the employer asks about it.

Before then, though, “Every point of contact is a chance for you to make a positive impression,” Nixon notes. And those initial contacts with a potential employer may tip the scales in your favor.

5. Let Go of the Guilt and Shame

Nixon says it’s vital that former inmates stop beating themselves up over their past misdeeds in order to move on with their new lives — socially, professionally, emotionally and otherwise.

“You’ve also got to be OK with leaving some people behind,” she says. “But you can’t do that if you feel guilty and ashamed.” Try getting free counseling or even reaching out to local support groups for help.

Nixon believes that every ex-inmate should help someone else when the time is right.

“When you see somebody who has aspirations and wants to do the right thing, if you’re stable enough to be a mentor to somebody, do it,” she urges. “That person will mentor somebody else, and so on. It becomes a never-ending chain of positive energy.”

At the College and Community Fellowship, which services about 300 women annually, one of the ways the program helps women is by passing on much-needed financial literacy training and knowledge.

For example, the women must all take a financial education class, where they learn about everything from budgeting to the importance of saving for retirement.

For her work, Nixon has been honored as a recipient of a Soros Justice Advocacy Fellowship awarded by the Open Society Institute. But she takes such accolades in stride, insisting that she’s merely trying to advance a worthwhile social agenda.

“It’s all about making an investment in people,” she says.