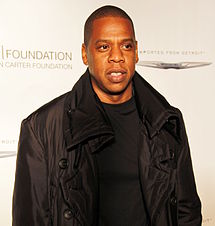 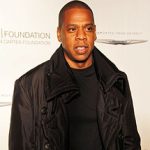 Remember a year ago, when Forbes dubbed Jay-Z a billionaire in the making and highlighted how the rapper met with the legendary investor Warren Buffett and the two found out they had more in common than one might suspect?

Well, apparently the 41-year-old rapper turned entrepreneur and the 81-year old Oracle of Omaha have gotten even closer since then, because now the two famous men are putting their work and reputations into teaching kids about financial literacy.

As a way to target kids and impart his immense financial wisdom, Buffett is partnering with children’s network The Hub for a series of half hour specials. And during the first special airing on October 23, none other than an animated Jay-Z makes a special guest appearance.

With the rollout of the “Secret Millionaires Club,” there’s also a “Learn and Earn” promotion, an educational program designed to teach financial education to children wherever they may be. The promotion is sponsored by CreditReport.com and will involve disseminating more than 100,000 educational kits to teachers nationwide starting October 20, the same day the  “Grow Your Own Business Challenge” debuts. The “Challenge” is an online competition designed to stimulate kids’ entrepreneurial ambitions.

To view any of the 26 available webisodes of the “Secret Millionaires Club” go to http://www.smckids.com.

I think it’s great that Buffett and Jay-Z are clearly demonstrating a commitment to educating this country’s youth about personal finances. That’s the only way we’re going to raise a generation of financially savvy and independent citizens who know and appreciate the value of a dollar, respect hard work as a means to earn money, and know how to think and act in financially prudent ways.

As a Money Coach and a parent of three children – who are currently 5, 11 and 14 – I too share a passion for teaching kids about financial responsibility and proper money management. That’s one reason I co-wrote a four-book series on finances for youth between the ages of 5 and 12.

Coincidentally, my book series shares a similar title to Buffett’s work. My multi-cultural book series is called The Millionaire Kids Club, and it emphasizes that we all have choices with how we handle money: namely, you can save it, spend it, invest it or donate it. (Here’s a link to my book series as well as a TV interview I did about the books)

And here’s to teaching our children – as early as possible – smart financial lessons that will hopefully last a lifetime!